World News // 8 months ago
Officials: Strong typhoon kills 10 in Philippines
Officials in the Philippines said Monday that Typhoon Rolly killed at least 10 people as it battered the archipelago nation over the weekend. 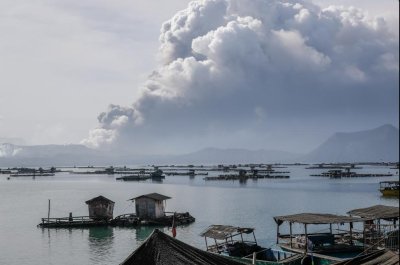 World News // 1 year ago
Fearing imminent eruption, Philippines officials evacuate 450,000
Officials in the Philippines have ordered nearly a half-million people to evacuate Monday due to danger from the Taal volcano, which scientists believe could set off a major eruption in the very near future.

World News // 3 years ago
Philippines storm: Tembin strengthens to typhoon
The powerful tropical storm that brought landslides and flooding to the Philippines strengthened to a typhoon on Sunday, weather officials said.

Science News // 3 years ago
Scientists discover new tectonic plate
A team of researchers from Rice University in Texas have discovered a new tectonic plate off the coast of Ecuador. There were 56 plates; now, there are 57. 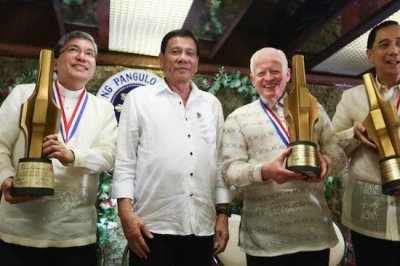 As we see an increase in profitability in the industry, capital spending will increase, leading eventually to oversupply and a softening of the market in 2006

The PC market had been in the doldrums for the last 2-3 years, but some strength is returning to the market You only have to look at the recent comments by Intel's to see clear sign of strength in the PC market

Richard S. Gordon is the current president of the American Jewish Congress (AJC). He has recently been critical of Ms. magazine for refusing to accept an advertisement about three prominent Israeli women.

Gordon is also a partner in McKenna Long & Aldridge's Public Policy and Regulatory Affairs practice, where he concentrates on International and Government Affairs. During his career, Gordon has been heavily involved in public policy and strategic planning in both the public and private sectors. His significant experience has positioned him as a key national government affairs strategist, directing and managing complex strategic and policy related issues that have multi-state implications. His practice focuses on state and local government procurement, business development, and corporate and not-for-profit strategic planning. He works closely with clients to strategically position them on business, political and other policy-related matters.

Gordon was the Executive Director of the Friends of Mario M. Cuomo, served on Vice President Mondale’s presidential campaign staff where he focused on issues of concern to senior citizens and was an aide to Senator Claude Pepper, and worked on a number of Congressional campaigns. He also served on the staff of Congressmen from New Jersey and Michigan, again focusing on senior, social security and energy issues. In 1992, Gordon was appointed a Clinton/Gore member of the Democratic Platform Committee. Gordon is a member of the chairman’s board of Democratic Governors, a position he has held since the board’s inception.

FULL ARTICLE AT WIKIPEDIA.ORG
This article is licensed under the GNU Free Documentation License.
It uses material from the Wikipedia article "Richard Gordon."
Back to Article
/