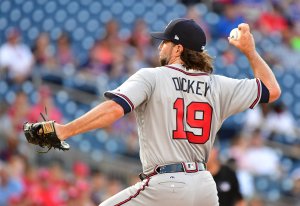 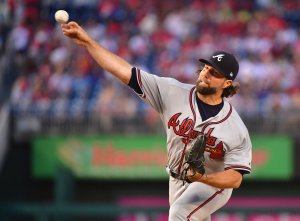 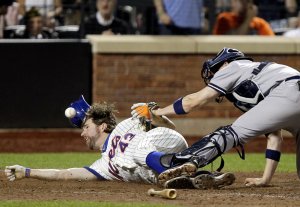 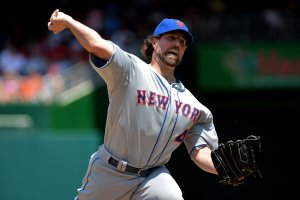 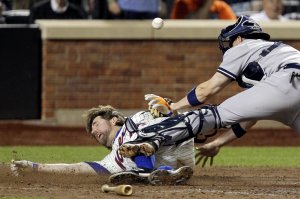 MLB // 2 years ago
Syndergaard, Mets try to slow hot Red Sox
BOSTON -- Had things worked out differently, Noah Syndergaard would be pitching four or five times a season against the Boston Red Sox.

MLB // 3 years ago
Mariners face Red Sox knuckleballer Steven Wright
Kyle Seager was asked before Thursday's series opener against the Boston Red Sox what it's like to face a knuckleball pitcher.

MLB // 3 years ago
Mets, Jays both aiming to rebound from losses
NEW YORK -- A pair of teams looking to regain the form they displayed in the opening weeks of the season will meet Tuesday night, when the New York Mets host the Toronto Blue Jays in the opener of a brief two-game interleague series at Citi Field.

MLB // 3 years ago
Chicago Cubs keep rolling with shutout of Atlanta Braves
CHICAGO -- Joe Maddon knows if the Chicago Cubs are going to make a push for another World Series championship, they are going to have to find a way to pull out some tight victories.

Sports News // 4 years ago
Freddie Freeman propels Atlanta Arizona Braves past Diamondbacks
ATLANTA -- A seven-week stint on the disabled list didn't cool off Freddie Freeman's bat and neither did the All-Star break.

Robert Allen "R. A." Dickey (born October 29, 1974 in Nashville, Tennessee) is a right-handed Major League Baseball pitcher for the New York Mets. He was previously with the Texas Rangers, Seattle Mariners, Minnesota Twins and Milwaukee Brewers organizations. After having limited success in the majors as a conventional starting pitcher, Dickey has since made the transition to becoming a knuckleball pitcher. He has the notable distinction of being one of only two knuckleballers currently active, the other being Tim Wakefield of the Boston Red Sox.

Dickey was drafted by the Texas Rangers in the first round (18th overall) of the 1996 Major League Baseball Draft. After being drafted by the Rangers, Dickey was initially offered a signing bonus of $810,000, before a Rangers team physician saw Dickey's arm hanging oddly in a picture. The Rangers subsequently did further evaluation of Dickey, leading to the discovery of a missing ulnar collateral ligament, and reduced their offer to $75,000. Dickey has been quoted as saying "Doctors look at me and say I shouldn’t be able to turn a doorknob without feeling pain," making his ability to pitch somewhat remarkable.

FULL ARTICLE AT WIKIPEDIA.ORG
This article is licensed under the GNU Free Documentation License.
It uses material from the Wikipedia article "R.A. Dickey."
Back to Article
/