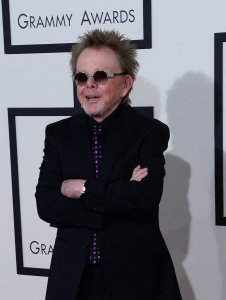 TV // 2 years ago
'Y&R' vet Doug Davidson: 'My contract was not renewed in January'
Doug Davidson said he hasn't been outright fired from "The Young & the Restless" after 40 years, but fans shouldn't expect to see much of him in the future.

Science News // 4 years ago
As CO2 levels increase, airplane rides may get bumpier
Climate change has a variety of unexpected consequences. The latest: airplane turbulence.

The price to pay for quitting exercise is higher than expected, and this price may be an important factor in the obesity epidemic affecting Americans

Paul Edward Williams (born December 2, 1983) is an American football wide receiver who is currently a free agent. He was drafted by the Tennessee Titans in the third round of the 2007 NFL Draft. He played college football at Fresno State.

Williams has also been a member of the Houston Texans.

FULL ARTICLE AT WIKIPEDIA.ORG
This article is licensed under the GNU Free Documentation License.
It uses material from the Wikipedia article "Paul Williams."
Back to Article
/