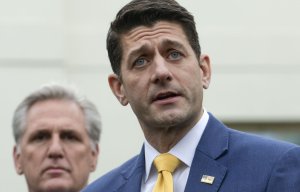 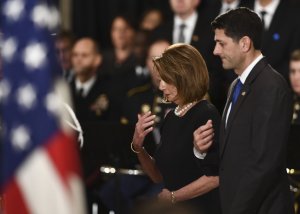 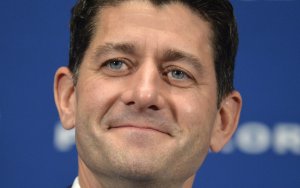 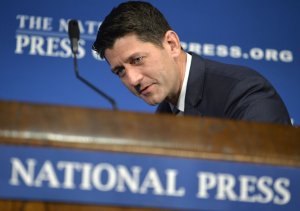 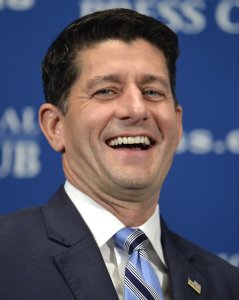 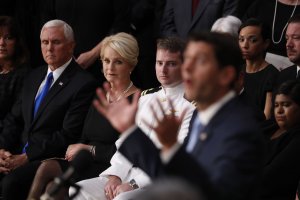 U.S. News // 11 months ago
Former GOP leader Paul Ryan cautions party about loyalty to one person
Former Republican House Speaker and onetime vice presidential nominee Paul Ryan returned to the public eye Thursday with a speech in California where he cautioned his party about the dangers of so-called Trumpism.

U.S. News // 1 year ago
Omar wins in Minnesota; other primaries set November races
Voters in Minnesota, Wisconsin, Connecticut and Vermont cast votes in primary contests on Tuesday to determine final races for November as Georgia held a pair of runoff contests from its June primary.

U.S. News // 2 years ago
Eric Chewning, defense chief Mark Esper's chief of staff, resigns
Defense Secretary Mark Esper announced Monday that his chief of staff Eric Chewning will step down at the end of the month to return to the private sector amid mounting tensions with Iran.

U.S. News // 3 years ago
Dow Jones drops 470 points as market faces rate hike fallout
Stocks were down Thursday as the market reacted to fallout from the Federal Reserve's interest rate hike and concerns over a potential government shutdown.

If you go down the tax-increase path you're sacrificing the economy -- and especially when the fact that the problem we have is spending, not taxes

As a contrary to that, the president's plan is to give the government the power to deny care to seniors by empowering a panel of 15 unelected bureaucrats to put price controls and rationing in place for current seniors

Did we get 100 percent of the discretionary cuts we were looking for? No, we got two-thirds

Nobody wants to see defaults happening. But we also think it's important to get a handle on future borrowing as we deal with raising the debt limit. So nobody is saying we want to see default. We just want to get some cuts and controls in spending going forward. And that is what we've been telling the White House

Paul Davis Ryan (born January 29, 1970) is the U.S. Representative for Wisconsin's 1st congressional district, serving since 1999. He is a member of the Republican Party, and has been ranked among the party's most influential voices on economic policy.[1][2][3] Ryan has long been considered a possible running mate for the 2012 presumptive Republican presidential nominee, Mitt Romney,[4] with reports surfacing on August 10, 2012, that Romney had selected Ryan as his running mate.[5][6]

FULL ARTICLE AT WIKIPEDIA.ORG
This article is licensed under the GNU Free Documentation License.
It uses material from the Wikipedia article "Paul Ryan."