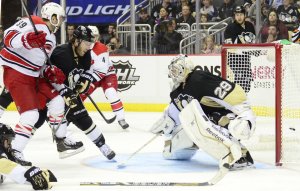 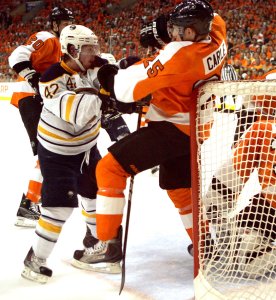 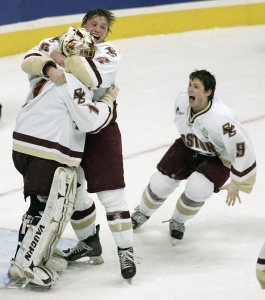 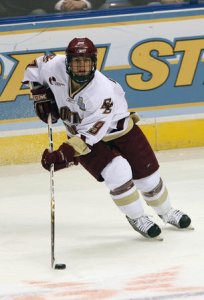 Sports News // 6 years ago
Eddie Lack, Carolina Hurricanes shut down St. Louis Blues
ST. LOUIS -- There's something about playing against the St. Louis Blues that seems to bring out the best in goalie Eddie Lack.

Nathan David Gerbe (born July 24, 1987) is an American ice hockey player currently playing for the Buffalo Sabres of the National Hockey League (NHL). At 65 inches in height, Gerbe is the shortest player in the NHL.

Gerbe played for the Boston College Eagles of the Hockey East conference in the NCAA (wearing the number 9), and was drafted by the Buffalo Sabres with the 142nd pick in the 2005 NHL Entry Draft. He now wears number 42 with the Sabres.

In the 2008 Frozen Four he scored 5 goals in the final two games, leading his team to the championship, and was named the tournament's most outstanding player. He was also a finalist for the Hobey Baker Award in the same 2007–08 season.

FULL ARTICLE AT WIKIPEDIA.ORG
This article is licensed under the GNU Free Documentation License.
It uses material from the Wikipedia article "Nathan Gerbe."