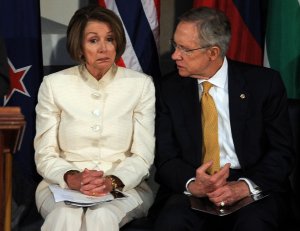 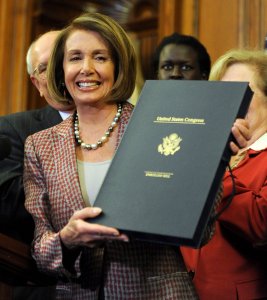 U.S. News // 1 day ago
FBI releases photos of men accused of beating cop in Capitol siege
The FBI on Sunday released photographs of seven suspects, all men, wanted for assaulting a police officer during a siege on the U.S. Capitol earlier this month as federal prosecutors announced more arrests. 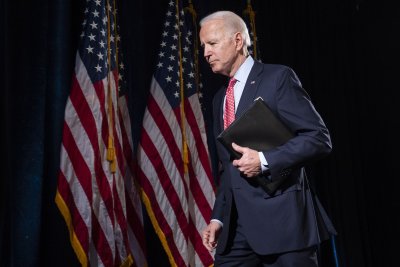 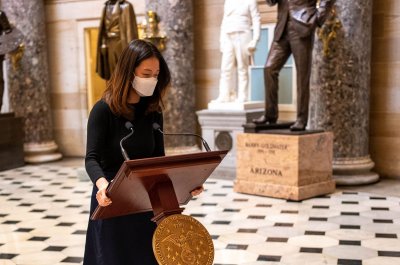 U.S. News // 5 days ago
House impeaches Trump for 2nd time for inciting Capitol 'insurrection'
The House of Representatives voted Wednesday to impeach President Donald Trump on charges he incited an "insurrection" at the U.S. Capitol a week ago. 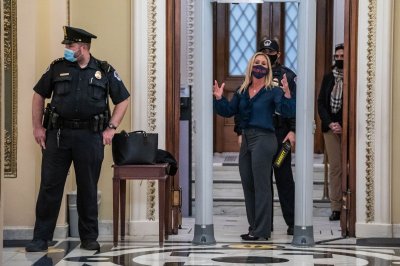 Future generations are counting on us to address the profound challenge of global warming, and we know that our future prosperity will hinge on America's ability to be a leader in the clean energy economy

As we celebrate the rich history of our great nation, we note the significant role that the arts have played in our democracy

All this talk about tax cuts in the Bush years -- the Republicans said tax cuts will produce jobs. They didn't. They produced a deficit

A member of the Democratic Party, Pelosi has represented the 8th Congressional District of California, which consists of four-fifths of the City and County of San Francisco, since 1987. The district was numbered as the 5th during Pelosi's first three terms in the House. She served as the House Minority Whip from 2002 to 2003, and was House Minority Leader from 2003 to 2007, holding the post during the 108th and 109th Congresses. Pelosi is the first woman, the first Californian and first Italian-American to lead a major party in Congress. After the Democrats took control of the House in 2007 and increased their majority in 2009, Pelosi was elected Speaker of the House for the 110th and 111th sessions of Congress.

On November 17, 2010, Pelosi was elected as the Democratic Leader by House Democrats and therefore the Minority Leader in the Republican-controlled House for the 112th Congress.

FULL ARTICLE AT WIKIPEDIA.ORG
This article is licensed under the GNU Free Documentation License.
It uses material from the Wikipedia article "Nancy Pelosi."
Back to Article
/