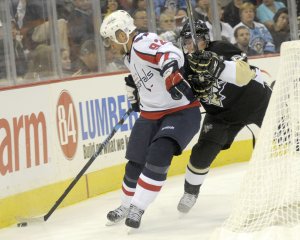 Nylander was signed by the New York Rangers for the 2005–06 season and played well with All-Star right-winger Jaromír Jágr. He centred the first line and first power play unit. Statistically, Nylander had his best season as he helped the Rangers reach 100 points for the first time since 1994.

FULL ARTICLE AT WIKIPEDIA.ORG
This article is licensed under the GNU Free Documentation License.
It uses material from the Wikipedia article "Michael Nylander."
Back to Article
/