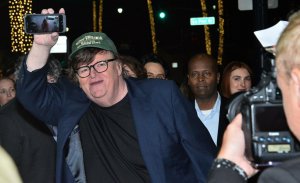 U.S. News // 1 month ago
S.D. House votes to impeach AG Jason Ravnsborg over fatal 2020 crash
The South Dakota House on Tuesday voted 36-31 to impeach state Attorney General Jason Ravnsborg after he fatally struck a pedestrian with his car in 2020.

U.S. News // 8 months ago
Florida agencies that require COVID-19 vaccination now face $5,000 fine
Beginning Thursday under a controversial new order by Florida Gov. Ron DeSantis, government agencies can be fined $5,000 for every employee they require to be vaccinated against COVID-19.

This is being done entirely as a gift to my fans

It's going to be an electrifying moment. There's only going to be 500 people in the theater. Usually, if you want to see Madonna, you're in a 20,000-seat arena

Whether the government is right or left, you have a national health system which gives you the right to see a doctor. We don't have that right in the United States, and it's a disgrace

We have responded to the government saying that we did not break the law; that this was a work of journalism

We have responded to the government saying that we did not break the law; that this was a work of journalism

Michael Francis Moore (born April 23, 1954) is an American filmmaker, author and liberal political commentator. He is the director and producer of Bowling for Columbine, Fahrenheit 9/11, Sicko, and Capitalism: A Love Story, four of the top ten highest-grossing documentaries of all time. In September 2008, he released his first free movie on the Internet, Slacker Uprising, documenting his personal crusade to encourage more Americans to vote in presidential elections. He has also written and starred in the TV shows TV Nation and The Awful Truth.

Moore was born in Flint, Michigan and raised in Davison, a suburb of Flint, by parents Veronica (née Wall), a secretary, and Frank Moore, an automotive assembly-line worker. At that time, the city of Flint was home to many General Motors factories, where his parents and grandfather worked. His uncle LaVerne was one of the founders of the United Automobile Workers labor union and participated in the Flint Sit-Down Strike. Moore has described his parents as "Irish Catholic Democrats, basic liberal good people."

FULL ARTICLE AT WIKIPEDIA.ORG
This article is licensed under the GNU Free Documentation License.
It uses material from the Wikipedia article "Michael Moore."