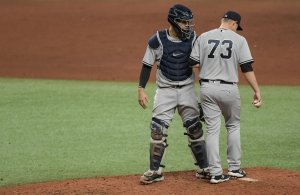 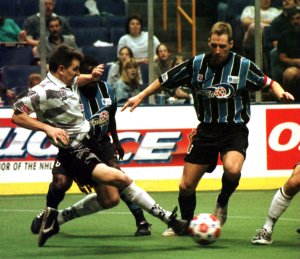 MLB // 5 months ago
Yankees make history with triple play vs. Blue Jays
The New York Yankees completed their second triple play of the season in a win over the Toronto Blue Jays. The triple play was the first in MLB history completed in the order of position numbers 1-3-6-2-5-6.

Depression is a common problem throughout the world, but although we know how to treat it, we know very little about how to prevent its onset

To support our rapid growth and to meet state requirements, we were in need of a provider that could equip us with the tools needed to succeed

When the name Buffalo Soldiers is uttered, the only thought that anyone has is of those brave men who fought valiantly for all of the people of the United States

Educated at Sacred Heart College in Auckland and St Patrick's College at Silverstream (Wellington), King went on to study history at Victoria University of Wellington before working as a journalist at the Waikato Times newspaper in Hamilton.

FULL ARTICLE AT WIKIPEDIA.ORG
This article is licensed under the GNU Free Documentation License.
It uses material from the Wikipedia article "Michael King."