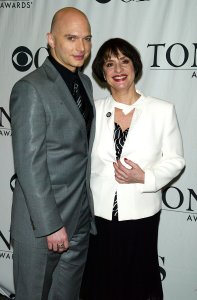 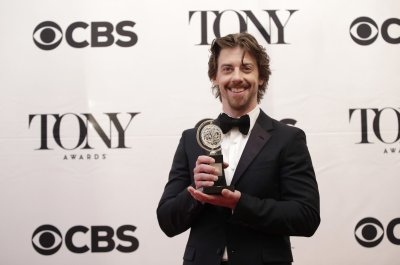 Entertainment News // 5 years ago
Kelli O'Hara, Michael Cerveris, 'Fun Home' win 2015 Tonys in musical categories
"Fun Home" won the Tony Award for Best Musical and "The King and I" scored the prize for Best Revival of a Musical in New York Sunday night.

The star of multiple Broadway shows, Cerveris has played roles ranging from Tommy in The Who's Tommy, Thomas Andrews (designer of the R.M.S. Titanic) in Titanic: The Musical to John Wilkes Booth in Assassins. He first came to national attention as Ian Ware in the television series FAME. Around that time he began his film career with a few scenes as a singer in the movie Tokyo Pop. He offers his song from that film on his web page for free. He costarred in the film The Mexican alongside Julia Roberts and James Gandolfini, and guest starred in the hit tv shows CSI: Crime Scene Investigation (as Syd "Booth" Goggle aka The Strip Strangler) and 21 Jump Street, among others.

FULL ARTICLE AT WIKIPEDIA.ORG
This article is licensed under the GNU Free Documentation License.
It uses material from the Wikipedia article "Michael Cerveris."
Back to Article
/