U.S. News // 1 year ago
In Hawaii, 'protectors' fight telescope project with prayer
Native Hawaiians view Mauna Kea as sacred and believe building the Thirty Meter Telescope there amounts to an attack on the divine.

U.S. News // 1 year ago
Hawaii hit by heavy rains, large waves, blackouts -- and snow
A powerful winter storm in the Pacific triggered flooded roads, blacked out communities and even brought a rare sight to Hawaii -- snow.

Science News // 1 year ago
Hunt for Planet X reveals the Goblin, a faraway dwarf planet
While searching for signs of Planet X, scientists have discovered a new dwarf planet candidate beyond Pluto. Astronomers dubbed the object the Goblin. 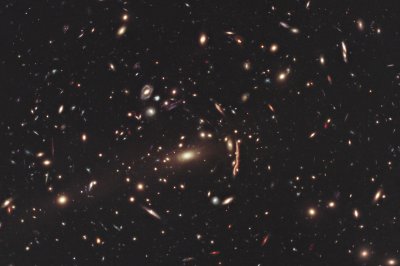 Science News // 2 years ago
Astronomers observe one of the oldest galaxies in the universe
Astronomers have observed the second most distant dust-filled, star-forming galaxy in the cosmos. 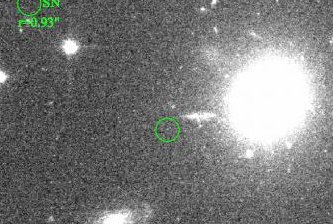 Science News // 5 years ago
A trio of lonesome stars explode in voids between galaxies
New images released this week reveal that three solitary stars have exploded light-years away from their closest observable neighbors.

Odd News // 5 years ago
Hawaii gets a Christmas blizzard warning on two big summits
The Big Island of Hawaii received a blizzard warning for the summits of Mauna Loa and Mauna Kea volcanic peaks Wednesday.

Mauna Kea (English pronunciation: /ˌmɔːnə ˈkeɪ.ə/ or /ˌmaʊnə ˈkeɪ.ə/, Hawaiian: ) is a dormant volcano on the island of Hawaiʻi. Standing 4,205 m (13,796 ft) above sea level, its peak is the highest point in the state of Hawaii. However, much of the mountain is under water; when measured from its oceanic base, Mauna Kea is over 10,000 m (33,000 ft) tall—significantly taller than Mount Everest. Mauna Kea is about a million years old, and has thus passed the most active shield stage of life hundreds of thousands of years ago. In its current post-shield state, its lava is more viscous, resulting in a steeper profile. Late volcanism has also given it a much rougher appearance than its neighboring volcanoes; contributing factors include the construction of cinder cones, the decentralization of its rift zones, the glaciation on its peak, and the weathering effects of the prevailing trade winds. Mauna Kea last erupted 6,000 to 4,000 years ago and is now considered dormant.

In Hawaiian mythology, the peaks of the island of Hawaiʻi are sacred, and Mauna Kea is the most sacred of all. An ancient law allowed only high-ranking tribal chiefs to visit its peak. Ancient Hawaiians living on the slopes of Mauna Kea relied on its extensive forests for food, and quarried the dense volcano-glacial basalts on its flanks for tool production. When Europeans arrived in the late 18th century, settlers introduced cattle, sheep and game animals, many of which became feral and began to damage the mountain's ecology. Mauna Kea can be ecologically divided into three sections: an alpine climate at its summit, a Sophora chrysophylla–Myoporum sandwicense (or māmane–naio) forest on its flanks, and an Acacia koa–Metrosideros polymorpha (or koa–ʻōhiʻa) forest, now mostly cleared by the former sugar industry, at its base. In recent years, concern over the vulnerability of the native species has led to court cases that have forced the Hawaii Department of Land and Natural Resources to eradicate all feral species on the mountain.

With its high altitude, dry environment, and stable airflow, Mauna Kea's summit is one of the best sites in the world for astronomical observation. Since the creation of an access road in 1964, thirteen telescopes funded by eleven countries have been constructed at the summit. The Mauna Kea Observatories are used for scientific research across the electromagnetic spectrum from visible light to radio, and comprise the largest such facility in the world. Their construction on a "sacred landscape" continues to be a topic of debate. Studies are underway to determine their effect on the summit ecology, particularly on the rare Wēkiu bug.

FULL ARTICLE AT WIKIPEDIA.ORG
This article is licensed under the GNU Free Documentation License.
It uses material from the Wikipedia article "Mauna Kea."
Back to Article
/