July 14 (UPI) -- Astronomers said Tuesday they saw the most distant afterglow ever from a short gamma-ray burst 10 billion light years away.

Short gamma-ray bursts emit huge amounts of energy in about one second, and most likely occur when two neutron stars merge, according to researchers.

With only seven or eight SGRBs typically detected a year and fleeting flash afterglows lasting at most a few hours, a Northwestern University team was shocked to detect this new one, according to a study to be published Astrophysical Journal Letters.

"We certainly did not expect to discover a distant SGRB, as they are extremely rare and very faint," Northwestern assistant professor of physics and astronomy Wenfai Fong, a senior author of the study, said in a statement. "We perform 'forensics' with telescopes to understand its local environment, because what its home galaxy looks like can tell us a lot about the underlying physics of these systems."

Northwestern University astronomers detected the afterglow of the second most distant known SGRB by remotely accessing the international Gemini Observatory using a Gemini-North telescope, located atop Mauna Kea in Hawaii.

NASA's Neil Gehrels Swift Observatory first detected the SGRB, which emits huge amounts of energy in about one second, on Thanksgiving night in 2018, and an alert of the event was broadcast worldwide.

The Northwestern-led team remotely accessed the observatory within hours and measured the optical afterglow.

The burst, known as SGRB181123B, occurred just 3.8 billion years after the Big Bang, according to the researchers.

Based on follow-up observations, researchers say that the burst, at 10 billion light years away, was the the second most distant SGRB and the most distant one with an optical afterglow.

It also placed it in the epoch of cosmic high noon when the universe was in its "teenage years" and rapidly forming stars, they said.

"We believe we are uncovering the tip of the iceberg in terms of distant SGRBs," said study first author Kerry Paterson.

"That motivates us to further study past events and intensely examine future ones," said Paterson, a postdoctoral associate at Northwestern University's Center for Interdiciplinary Exploration and Research in Astrophysics.

The follow-up also gave the team insight into the rate of neuron star mergers during cosmic high noon.

"Our research now suggests neuron star mergers could occur surprisingly quickly for some systems -- with neutron star binaries spiraling together in less than a billion years to create an SGRB," Paterson said. 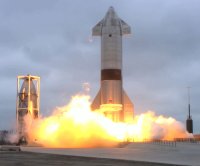 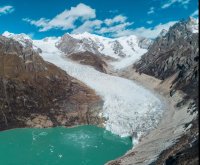