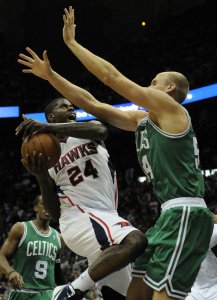 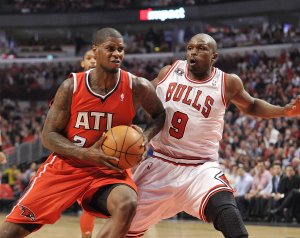 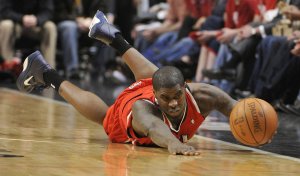 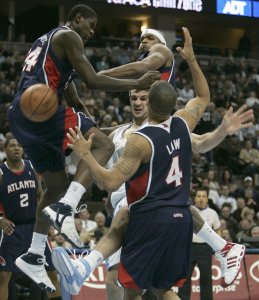 NBA // 2 years ago
Brooklyn Nets back to winning ways as they host Charlotte Hornets
It was three weeks ago when the Brooklyn Nets walked off the court after being unable to stop Paul George and the Oklahoma City Thunder.

NBA // 2 years ago
Celtics all the talk, host Hornets
BOSTON -- The Celtics held a lengthy team meeting after Friday night's home loss to the Milwaukee Bucks.

NBA // 2 years ago
Rested Lakers, LeBron James take on Hornets
LeBron James gets the bonus of a scheduling advantage as he seeks to win for the 18th time in his career in Charlotte.

Sports News // 2 years ago
Surging Nuggets continue road trip in Charlotte
CHARLOTTE -- The Charlotte Hornets will look for their first win over a Western Conference club this season against a team that hasn't lost in a while when they host the streaking Denver Nuggets on Friday night.

NBA // 3 years ago
Raptors' rested Kawhi Leonard to play Hornets
The Toronto Raptors have been able to win with and without their new star Kawhi Leonard in taking the first three games of the season.

NBA // 3 years ago
Hornets begin playoff push vs. Nets
The Brooklyn Nets and Charlotte Hornets will each feature a new look when they return from the All-Star break to duel Thursday night in Charlotte, N.C.

Marvin Gaye Williams, Jr. (born June 19, 1986 in Bremerton, Washington) is an American professional basketball player. He currently is playing for the Atlanta Hawks of the National Basketball Association and is listed at 6' 9" and 240 pounds. Williams played college basketball under coach Roy Williams at the University of North Carolina.

Marvin Williams was a standout for Bremerton High School in Bremerton, Washington. As a senior, he averaged 28.7 points, 15.5 rebounds, 5.0 blocks, and 5.0 assists per game. Williams earned numerous awards, including being named a McDonald's All-American, a Parade All-American, and all-state.

FULL ARTICLE AT WIKIPEDIA.ORG
This article is licensed under the GNU Free Documentation License.
It uses material from the Wikipedia article "Marvin Williams."