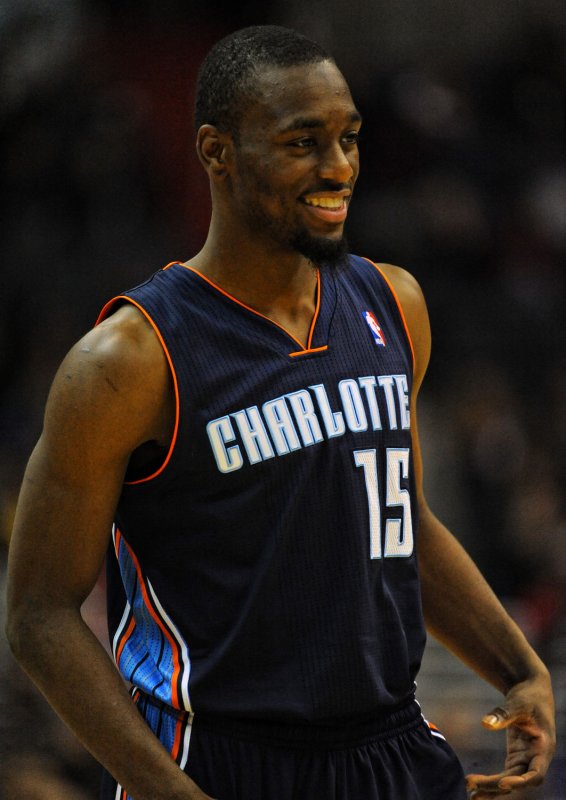 Kemba Walker and the Charlotte Hornets aim to make a playoff push during the final stretch of the regular season. File photo by Mark Goldman/UPI | License Photo

The Brooklyn Nets and Charlotte Hornets will each feature a new look when they return from the All-Star break to duel Thursday night in Charlotte, N.C.

Star point guard D'Angelo Russell is expected to make his first start for the Nets since undergoing arthroscopic knee surgery in November.

The team's leading scorer has played 13 games as a reserve under a minutes restriction since returning from his two-month absence.

He averaged 18.3 points in 28.7 minutes in his last three games before the break. That, coupled with the additional week off, has gotten him deemed ready to resume the starting role he had to begin the season.

The Nets, already well out of playoff contention and without their first-round pick this June, are seeking to gather momentum for the 2018-19 season with improved play in the "second half," as they thought they'd done last year when they finished 11-15 after going into the break with just nine total wins (9-47).

"We'd love to have any facsimile to that," assured Nets guard Spencer Dinwiddie, who won the skills competition at the All-Star Game. "We'd love to go .500 or roughly .500 or above .500 and kind of turn our season around a little bit to have a little more optimism heading into the offseason."

The Nets entered the break with a 19-40 record, having lost seven in a row. They have yet to play Charlotte this season.

The Hornets won last year's season series 3-1, with all four games featuring tight finishes. The total margin of victory in the four games was 17 points.

Surely, having three games remaining against the Nets is one reason for optimism for the Hornets, who haven't given up hope of returning to the NBA postseason after having missed the playoffs last season.

Charlotte has no games remaining against the Heat, which might be a good thing. Miami swept the season series 4-0.

Eleven of the Hornets' next 18 games are against teams with losing records, giving a club that went into the break with four losses in its last five games something positive to look forward to during the week off.

"Not only physically do guys feel a lot better, but just mentally," Hornets forward Marvin Williams tweeted during the break. "Sometimes, the All-Star break is a great time to step back from basketball, decompress a little bit and refocus on what we have to do to make this playoff push the next couple of weeks."

Assistant GM Buzz Peterson has been promoted while Jordan interviews candidates for Cho's fulltime replacement. Former Los Angeles Lakers GM Mitch Kupchak is said to be among the candidates.

One of Cho's final acts as GM was dealing away a pair of second-round draft choices, along with Johnny O'Bryant, to the New York Knicks for Willy Hernangomez.

Hernangomez saw no action in his first four games with the Hornets after the trade.