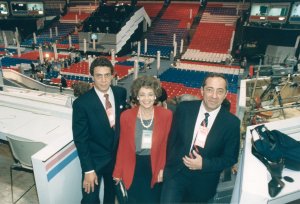 U.S. News // 1 year ago
Watch: Dynamite brings down Tappan Zee Bridge
More than six decades after it first opened, a 672-foot section of Tappan Zee Bridge came crashing down to the Hudson River in an explosive demolition. 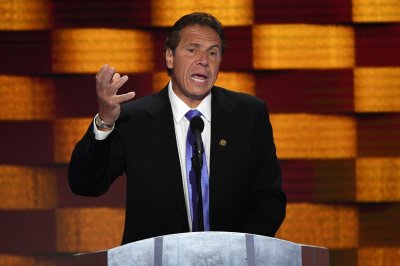 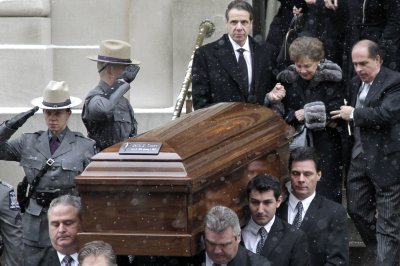 U.S. News // 5 years ago
Former N.Y. Gov. Mario Cuomo remembered as eloquent liberal
Former New York Gov. Mario Cuomo was hours from death when his son, Andrew, paid tribute to him as he was inaugurated to a second term as governor. 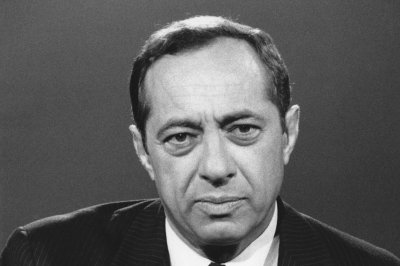 U.S. News // 5 years ago
Mario Cuomo dead at 82
Mario Cuomo, a former three-term governor of New York and father of current governor Andrew Cuomo, died Thursday at the age of 82.

How will they do this? By destroying the so-called filibuster, a vital part of the 200-year-old system of checks and balances in the Senate that allows the fullest possible debate before one of the president's choices for the Supreme Court or other federal courts

Trump's accurate when he says I said no to the favor

I suggest the president put greater emphasis on the love aspect of religion when he is trying to develop a consensus against Iraq, instead of giving a purely negative purpose for a war. He needs to emphasize that we'll go to war as a last resort, that it will kill innocent people, and that it is a heavy moral principle to be weighed with caution

Religion doesn't need vestments, or other traditional religious symbols -- it needs love and improvement of the species, which is the essence of every religion

He was born in the New York City borough of Queens to a family of Italian-American origin. His father, Andrea Cuomo, was from Nocera Superiore, Italy, and his mother Immacolata was from Tramonti. The family owned a store in South Jamaica, Queens in New York City. Cuomo attended P.S. 50 and later earned his bachelor's degree in 1953 and law degree in 1956 from St. John's University, graduating first in his class. When he and the salutatorian (the late St. John's Law Dean Patrick Rohan) were summoned to the dean's office (Reverend Joseph T. Tinnelly) at the end of the year, he was asked what field he plans on going into after graduation. Cuomo responded that he would like to be a trial lawyer. Consequently, he was sent to clerk for the Honorable Judge Adrian P. Burke of the New York Court of Appeals. Additionally, he was signed and played baseball in the Pittsburgh Pirates minor league system until he was injured when a ball hit his head, and subsequently became a scout for the team.

He first became known in New York City in the late 1960s when he represented “The Corona Fighting 69,” a group of 69 homeowners from the Queens neighborhood of Corona, who were threatened with displacement by the city's plan to build a new high school. He later represented another Queens residents group, the Kew Gardens-Forest Hills Committee on Urban Scale, who opposed Samuel LeFrak's housing proposal adjacent to Willow Lake in Queens. In 1972, Cuomo became more well-known across and beyond New York City when Mayor John Lindsay appointed him to conduct an inquiry and mediate a dispute over low income public-housing slated for the upper middle class neighborhood of Forest Hills. Cuomo described his experience in that dispute in the book Forest Hills Diary and the story was retold by sociologist Richard Sennett in The Fall of Public Man.

FULL ARTICLE AT WIKIPEDIA.ORG
This article is licensed under the GNU Free Documentation License.
It uses material from the Wikipedia article "Mario Cuomo."
Back to Article
/