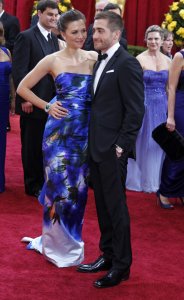 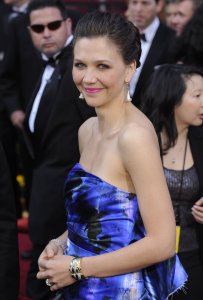 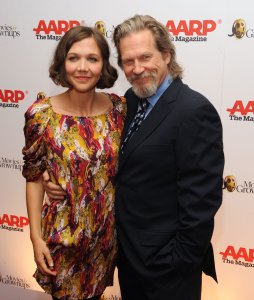 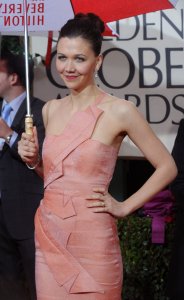 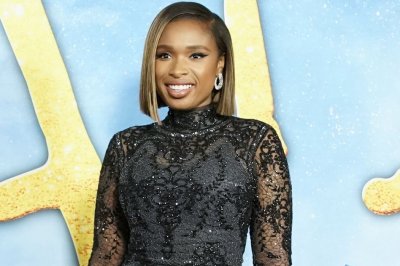 Entertainment News // 1 week ago
Five music biopics to look forward to
Films based on the lives of Aretha Franklin, Elvis Presley and more are set for release in 2021 or are currently in development.

TV // 1 year ago
'The Deuce' final season to premiere in September
"The Deuce," starring James Franco, Maggie Gyllenhaal and Gbenga Akinnagbe, will return for a third and final season Sept. 9.

This movie was really made out of honesty, out of a desire to honor people who did an incredibly brave thing

Margaret Ruth "Maggie" Gyllenhaal (pronounced /ˈdʒɪlənhɑːl/; born November 16, 1977) is an American stage and screen actress. She is the daughter of director Stephen Gyllenhaal and screenwriter Naomi Foner Gyllenhaal (née Achs) and the older sister of actor Jake Gyllenhaal. She made her screen debut when she began to appear in her father's films. Gyllenhaal later achieved recognition in a supporting role in the indie cult hit Donnie Darko (2001). She made her break-through role in the 2002 sadomasochistic comedy Secretary, for which she received critical acclaim and a Golden Globe nomination.

Gyllenhaal has appeared in an eclectic range of films, including the indie film Sherrybaby (2006), for which she was nominated for a Golden Globe, the romantic comedy Trust the Man (2006) and big-budget films such as World Trade Center (2006) and The Dark Knight (2008). She next starred in the 2009 musical-drama Crazy Heart, for which she received an Academy Award for Best Supporting Actress nomination. Gyllenhaal has also appeared in theatrical plays, including Closer (2000) and television productions including Strip Search (2004).

Gyllenhaal has been in a relationship with actor Peter Sarsgaard since 2002. In 2006, the two became engaged and Gyllenhaal gave birth to their daughter, Ramona, on October 3, 2006. On May 2, 2009, she married Sarsgaard in Italy. She is a politically active Democrat and, like her brother and parents, supports the American Civil Liberties Union. Prior to the U.S.-led invasion of Iraq she participated in anti-war demonstrations. Gyllenhaal drew criticism in 2005 for her opinion that America was "responsible in some way" for the 9/11 attacks. She is actively involved in human rights, civil liberty, and anti-poverty campaigns.

FULL ARTICLE AT WIKIPEDIA.ORG
This article is licensed under the GNU Free Documentation License.
It uses material from the Wikipedia article "Maggie Gyllenhaal."
Back to Article
/