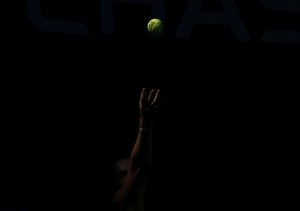 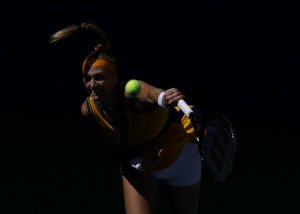 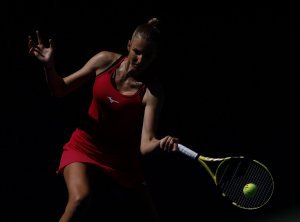 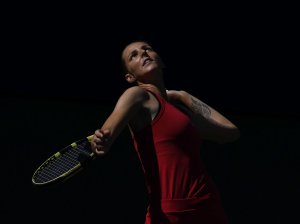 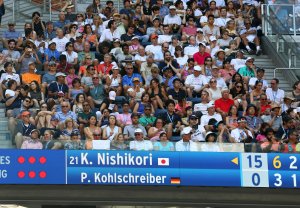 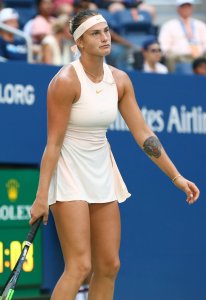 U.S. News // 8 months ago
Louisiana power could be out for weeks; Ida pours rain on Southeast
More than a million people in Louisiana began Tuesday in the second day of a power outage that could last for weeks after the impact of Hurricane Ida.

Sports News // 1 year ago
Osaka carries mask messages of equality into U.S. Open final
Naomi Osaka has worn masks, which have displayed the names of Black people killed or injured by police, before and after each of her matches at the 2020 U.S. Open. She'll do so again for Saturday's finale in Queens, N.Y.

Sports News // 1 year ago
U.S. Open tennis: Coco Gauff bounced in first round; Stefanos Tsitsipas advances
Cori "Coco" Gauff was knocked out of the U.S. Open after a first-round loss to No. 31 seed Anastasija Sevastova on Monday at Louis Armstrong Stadium in Flushing, N.Y.

Entertainment News // 2 years ago
Anya Taylor-Joy says her 'Emma' is a 'hot mess'
Anya Taylor-Joy discussed how her movie "Emma" differs from previous adaptations and shared her playlist for the film.

I think some people assume that Wynton has given me some position. That's just ridiculous to me, and it is ridiculous to him. I think part of the tradition in jazz is to learn from the elders

Coming to prominence in the 1920s as an "inventive" cornet and trumpet player, Armstrong was a foundational influence in jazz, shifting the music's focus from collective improvisation to solo performance.

With his instantly recognizable deep and distinctive gravelly voice, Armstrong was also an influential singer, demonstrating great dexterity as an improviser, bending the lyrics and melody of a song for expressive purposes. He was also greatly skilled at scat singing, vocalizing using sounds and syllables instead of actual lyrics.

FULL ARTICLE AT WIKIPEDIA.ORG
This article is licensed under the GNU Free Documentation License.
It uses material from the Wikipedia article "Louis Armstrong."