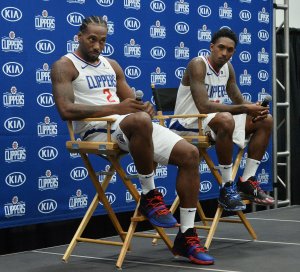 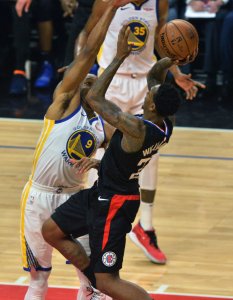 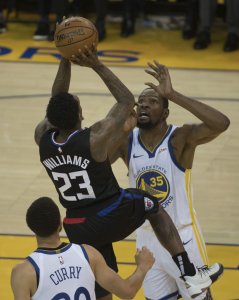 NBA // 7 months ago
Clippers' Paul George swishes circus shot over backboard vs. Knicks
Los Angeles Clippers star Paul George managed to make a one-handed circus shot after throwing the ball over the backboard while behind the hoop during a win over the New York Knicks. 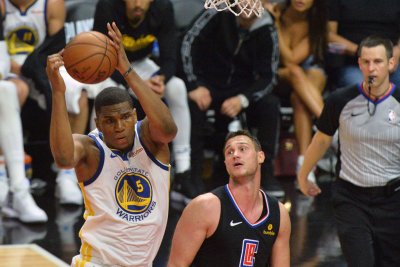 NBA // 1 year ago
Durant scores 50, Warriors top Clippers 129-110 to advance
Kevin Durant scored 50 points to lead the Golden State Warriors to a 129-110 win over the Los Angeles Clippers on Friday to advance in the NBA playoffs.

NBA // 1 year ago
Clippers upset Warriors with biggest comeback in NBA playoff history
The Los Angeles Clippers stormed back from a 31-point deficit to beat the Golden State Warriors in Game 2 of a first-round Western Conference playoff series. 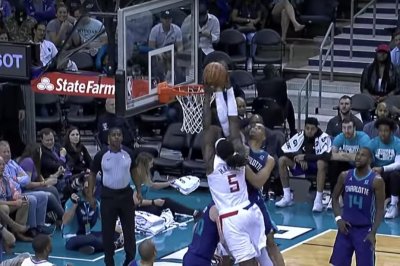 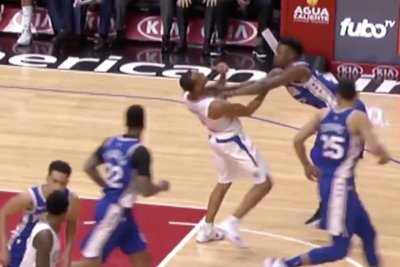 NBA // 1 year ago
Sixers' Jimmy Butler hits Avery Bradley with double stiff arm to the neck
Jimmy Butler and Avery Bradley got into a tussle during the Philadelphia 76ers' win against the Los Angeles Clippers, resulting in a double ejection.

NBA // 1 year ago
Clippers hope to be more of a threat to Spurs this time
The San Antonio Spurs probably do not want to lean too heavily on their most recent clash. 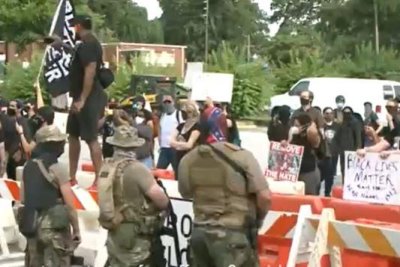 Louis "Lou" Tyrone Williams (born October 27, 1986) is an American professional basketball player with the Philadelphia 76ers, who selected him with the 45th pick of the 2005 NBA Draft. Williams grew up in Lithonia, Georgia.

Williams played at Snellville's South Gwinnett High School under Roger Fleetwood, where he was a four-time All-State selection, was named Georgia's "Mr. Basketball" during his Junior & Senior year and was voted as the "Most Athletic" Senior Superlative by his peers. As a junior, Williams led South Gwinnett to win the 5A Georgia State Championship. As a senior, Williams averaged 27.5 points, 6.6 rebounds and 5.2 assists per game while leading South Gwinnett to a 28–3 record and fourth place finish in the state. Williams also won the 2005 Naismith Prep Player of the Year Award which identifies the nation's top high school player, and was named to the 2005 McDonald's All-American East Team. Both Williams and Mike Mercer, high school teammates at South Gwinnett High School, committed to play at the University of Georgia, but Williams declared for the 2005 NBA Draft. Williams is the second all time leading scorer in Georgia high school basketball history.

Because of disappointing workout performances, Williams fell to the second round of the Draft and was eventually picked 45th overall by the Philadelphia 76ers. During the 2005–06 NBA season Williams played sparingly as an NBA rookie for the 76ers, averaging 1.9 points and .3 assists over 30 games. After being inactive for most of the first month of the 2006–07 NBA season, Williams was sent by the 76ers to play for the Fort Worth Flyers of the NBA Development League on November 28,. 2006.

FULL ARTICLE AT WIKIPEDIA.ORG
This article is licensed under the GNU Free Documentation License.
It uses material from the Wikipedia article "Lou Williams."
Back to Article
/