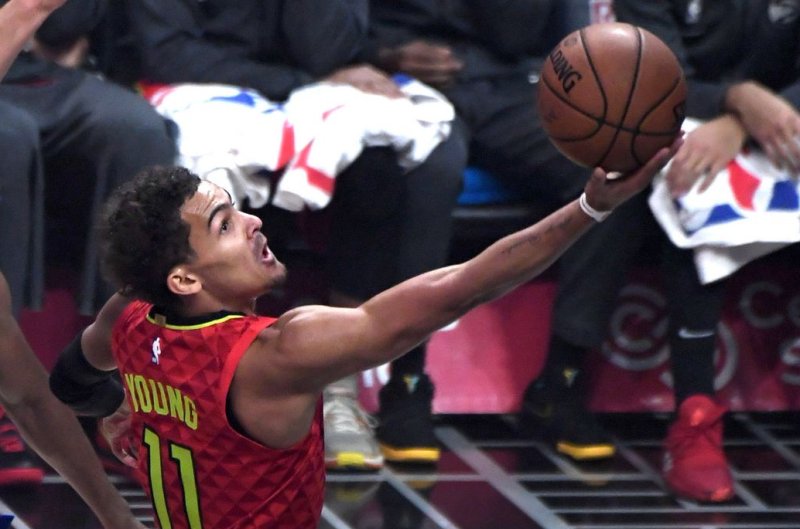 Atlanta Hawks guard Trae Young scored 13 of his game-high 32 points in the fourth quarter of a playoff win over the New York Knicks on Sunday in New York City. File Photo by Jon SooHoo/UPI | License Photo

May 24 (UPI) -- Trae Young irked defenders with a series of crossovers, soared through the paint and hit a final-second dagger to lead the Atlanta Hawks to a Game 1 win over the New York Knicks in their first-round playoff series.

Young scored a game-high 32 points with 10 assists and seven rebounds in the 107-105 victory Sunday at Madison Square Garden in New York City.

"I had to go make a play," Young told reporters. "I told my team in the huddle I would just going to make a play."

Game 1 of the Eastern Conference series featured 10 leads changes and was tied seven times. The Hawks won the game despite their bench being outscored 64-31.

The Hawks led 24-16 at the end of the first quarter. The Knicks bounced back in the second quarter and trailed 52-50 at halftime. They outscored the Hawks 23-19 in the third quarter to take a 73-71 lead into the final frame.

Young and Knicks guard Alec Burks battled down the stretch. Burks scored 18 of his team-high 27 points off the bench in the fourth quarter. Young netted 13 points over the final 12 minutes.

Hawks guard Bogdan Bogdanovic responded with a game-tying 3-pointer with 55 seconds to go. Young added two free throws to give the Hawks a late lead, but Derrick Rose hit a game-tying jump shot with 10 seconds left.

Young dribbled over half court on the next possession. He used three crossover dribbles to beat two Knicks defenders at the top of the 3-point arc.

Young then ran into the lane as Knicks forward Julius Randle slid over to defend. Young released his high floater just as he made contract with Randle. The shot fell through the net with 0.9 seconds remaining.

"There is a lot that goes into it," Knicks coach Tom Thibodeau told reporters. "We have to make things go our way. ... We have to play better."

Bogdanovic scored 18 points in the win. Lou Williams and John Collins added 13 and 12 points, respectively for the Hawks.

Randle recorded 15 points and 12 rebounds for the Knicks. Rose scored 17 points off the Knicks bench. Knicks guard R.J. Barrett chipped in 14 points and 11 rebounds in the loss. 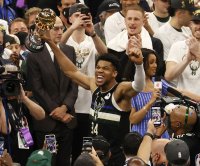 NBA // 6 days ago
Giannis leads Bucks past Suns for team's first NBA title since 1971
July 20 (UPI) -- Behind a 50-point performance by superstar Giannis Antetokounmpo, the Milwaukee Bucks beat the Phoenix Suns 105-98 in Game 6 of the NBA Finals on Tuesday night to capture their first championship in a half century.