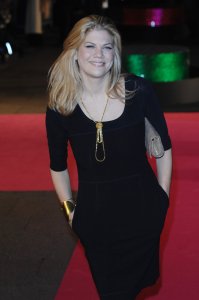 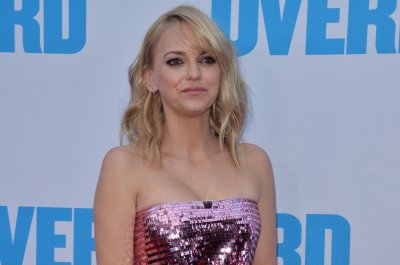 TV // 4 months ago
Anna Faris quits 'Mom' ahead of Season 8
Anna Faris has announced she is leaving "Mom" before Season 8 of the CBS sitcom starts filming.

Kristen Johnston (born September 20, 1967) is an American stage, film, and television actress. She may be most famous for her role as Sally Solomon in the television series 3rd Rock from the Sun. She also starred as Wilma Flintstone in The Flintstones in Viva Rock Vegas. Johnston is 6'0".

Johnston is of English descent and was born in Washington, D.C., the daughter of a real estate agent and a Republican state senator from Wisconsin. Johnston was raised mostly in Whitefish Bay, Wisconsin, a suburb of Milwaukee, where she attended St. Eugene's Catholic Grade School and Whitefish Bay High School. She spent some of her teen years as an exchange student in Sweden and in South America. She earned a B.F.A. degree in drama at New York University.

Johnston made her professional stage debut with New York's Atlantic Theater Company, which was founded by playwright David Mamet. During her association with that company, she appeared in such productions as As You Like It, Girl's Talk, Stage Door, Author's Voice, Portrait of a Woman and Rosemary for Remembrance. She teaches acting at New York University.

FULL ARTICLE AT WIKIPEDIA.ORG
This article is licensed under the GNU Free Documentation License.
It uses material from the Wikipedia article "Kristen Johnston."
Back to Article
/