Soccer // 2 years ago
Manchester City dominates Burnley at FA Cup
Manchester City obliterated Burnley 5-0 to move onto the fifth round of the FA Cup on Saturday at Etihad Stadium in Manchester, England. 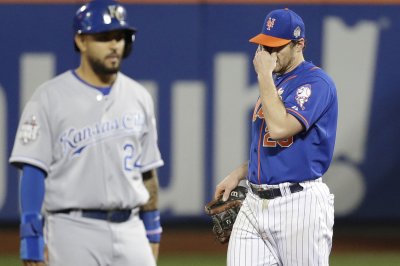 Kevin Long was the primary artist at Palladium Books during the late 1980s and early 1990s and was one of the original and premiere artists for the Rifts RPG books. Much of his work during this time set the style and tone of Rifts and was a tremendous influence and breakthrough for increasing the quality of art for many RPG's, covers of comic books and novels.

Kevin Long grew up in Battle Creek, Michigan and attended college at the College for Creative Studies where he was known for his airbrush paintings and interest in comic books. After attending the Center For Creative Studies in Detroit, Michigan and majoring in advertising illustration, Kevin worked in the Detroit-area advertising industry. After a five-year stint in advertising, he was lured away by the artistic and creative freedom offered by Palladium Books. At Palladium, Kevin created a name as one of the most popular illustrators in the role-playing industry.

Best known for his airbrush paintings and science fiction black & white illustrations, his design skills have won attention at the industrial design departments of local colleges in the Detroit area. In addition to his illustrative abilities, he has co-authored adventures in Palladium's Boxed Nightmares and Adventures in the Northern Wilderness, as well as having created the dynamic look of some specific characters, vehicles, and equipment in Rifts.

FULL ARTICLE AT WIKIPEDIA.ORG
This article is licensed under the GNU Free Documentation License.
It uses material from the Wikipedia article "Kevin Long."
Back to Article
/