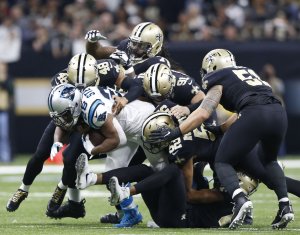 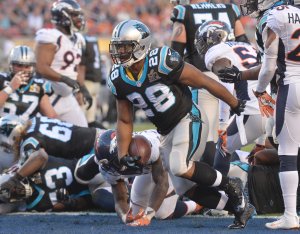 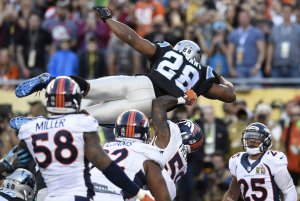 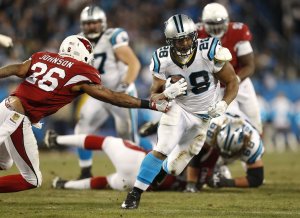 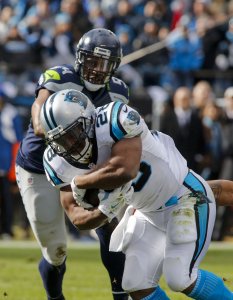 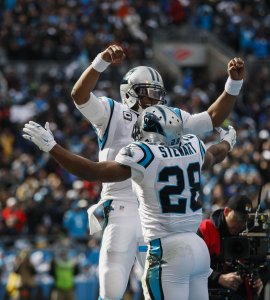 NFL // 3 years ago
NFL Week 4 injury list includes 21 out
Injuries are still a factor in Week 4 for the NFL, which listed 21 players officially out for Sunday's games.

NFL // 4 years ago
Giants' Stewart willing to mentor, preparing to play
New York Giants offseason acquisition Jonathan Stewart is willing to serve as a mentor to fellow running back Saquon Barkley, but that doesn't mean the veteran isn't gearing up for a run of his own.

NFL // 4 years ago
Panthers' McCaffrey downplays added muscle mass
Carolina Panthers running back Christian McCaffrey wanted to increase his strength during the offseason as a means to break tackles.

Jonathan Creon Stewart (born March 21, 1987, in Fort Lewis, Washington) is an American football running back for the Carolina Panthers of the NFL. He was selected by the Panthers in the first round (13th overall) of the 2008 NFL Draft. He played college football at the University of Oregon.

After his senior season in 2004, among several other honors, he was named to the Parade High School All-American team, the USA Today All-USA team and was the Washington Gatorade Player of the Year.

FULL ARTICLE AT WIKIPEDIA.ORG
This article is licensed under the GNU Free Documentation License.
It uses material from the Wikipedia article "Jonathan Stewart."