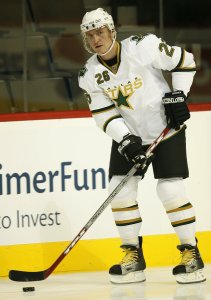 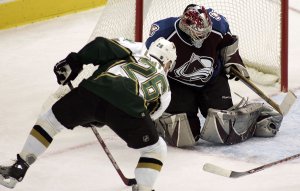 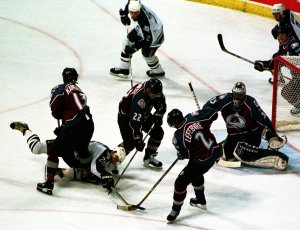 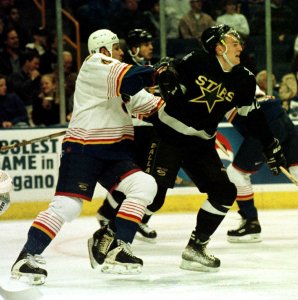 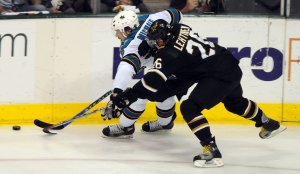 You want to score goals, but games like this are so tight, so there's not too many chances to score

The All-Star Game was important to me, but getting back to play for my team and in the Olympics was even more important

The All-Star Game was important to me, but getting back to play for my team and in the Olympics was even more important

Jere Kalervo Lehtinen (born June 24, 1973 in Espoo, Finland) is a Finnish professional ice hockey forward currently playing for the Dallas Stars of the National Hockey League (NHL). He plays as a right wing. He was drafted 88th overall in the 1992 NHL Entry Draft by the Minnesota North Stars. Lehtinen handles defensive aspects of the game as well as offensive, hence he is a two-way forward for which he has won the Frank J. Selke Trophy three times as the league's best defensive forward.

Lehtinen started his career with his hometown team, Kiekko-Espoo. The team was jammed in first division in 1991 but they managed to win the division and gained a spot in the Finnish SM-liiga, from there Lehtinen started his professional career. He spent another year with Kiekko-Espoo but the team was struggling and after one season, Lehtinen received an offer from one of the biggest clubs at that time, TPS. He signed with TPS in the summer of 1993 and once the season started, he soon found his scoring abilities. Lehtinen was immediately paired with another future NHLer Saku Koivu and the two were a big part of TPS's great season. Although they won the regular season title by a huge margin, they lost to Jokerit in the finals.

The following season, TPS and Lehtinen went all the way again, this time beating Jokerit in the final series 3–2. After the SM-liiga season was over, Lehtinen received an invite to the 1995 World Championships. Team Finland went all the way to the final game and swept Sweden 4–1, winning Finland's only IIHF World Championship gold medal to date. He was part of the renowned first line of Finland dubbed by Finnish fans the "Ankkalinnan pojat" ("The boys of Duckburg", a reference to their nicknames "Tupu, Hupu, Lupu"; "Huey, Dewey, Louie") with Saku Koivu and Ville Peltonen, another future NHLer. The three also made up the tournament's all-star line.

FULL ARTICLE AT WIKIPEDIA.ORG
This article is licensed under the GNU Free Documentation License.
It uses material from the Wikipedia article "Jere Lehtinen."
Back to Article
/