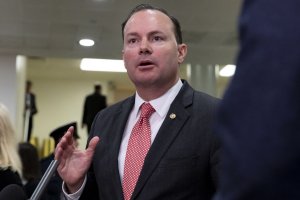 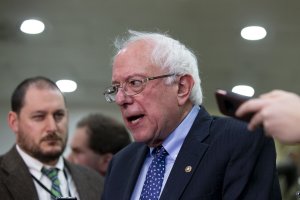 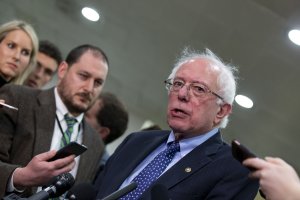 U.S. News // 10 months ago
10 ex-U.S. defense chiefs warn Pentagon against interfering in election
Ten former Pentagon chiefs on Sunday declared the election over and warned the Trump administration's Defense Department that military intervention would not only violate the Constitution but also result in prosecution.

Voices // 1 year ago
America misses the courage of Sen. John McCain
Darkened by the coronavirus and a badly broken American political system headed by arguably the worst president in this nation's history, suppose Sen. John McCain had not died two years ago and was alive and well.

U.S. News // 1 year ago
Woodward book: Trump deliberately downplayed COVID-19
President Donald Trump understood how deadly the coronavirus was in early February, but "played it down" because he didn't want to "create a panic," according to a new book, "Rage," by journalist Bob Woodward.

Voices // 2 years ago
France's Emmanuel Macron is Europe's chief appeaser of Iran
French President Emmanuel Macron has been a primary critic of U.S. President Donald Trump's aggressive policy against the Iranian regime, claiming that it will ultimately lead to war.

U.S. News // 2 years ago
Mark Esper sworn in as defense secretary
Mark Esper was sworn in as secretary of defense Tuesday after being confirmed by the Senate, filling a Cabinet role that's been vacant since James Mattis' departure nearly seven months ago.

You go into Afghanistan, you got guys who slap women around for five years because they didn't wear a veil

Our leaders going into this fight do their troops a disservice by not studying (studying, vice just reading) the men who have gone before us

By all means quote me: Tamer Amos and Fighting Joe Dunford will be the best possible team

Mattis was born in Pullman, Washington, attended Central Washington University and was commissioned a second lieutenant January 1, 1972. As a lieutenant, he served as a rifle and weapons platoon commander in the 3rd Marine Division. As a captain, he commanded a rifle company and a weapons company in the 1st Marine Brigade, then Recruiting Station Portland as a major. Promoted to lieutenant colonel, he commanded 1st Battalion 7th Marines, one of Task Force Ripper's assault battalions in the Gulf War. As a colonel, he commanded 7th Marine Regiment, then 1st Marine Expeditionary Brigade and Task Force 58 during Operation Enduring Freedom in southern Afghanistan as a brigadier general. As the commander of TF-58, he became the first Marine to command a Naval Task Force in combat. As a major general, he commanded the 1st Marine Division during the 2003 invasion of Iraq and subsequent stability operations in during the Iraq War. Mattis played a key role in the April 2004 battle of Fallujah, Operation Vigilant Resolve, by negotiating with the insurgent command inside of the city, as well as playing an important part in planning the subsequent Operation Phantom Fury in November.

After being promoted to lieutenant general, Mattis took command of Marine Corps Combat Development Command. On February 1, 2005, speaking ad libitum at a forum in San Diego, he said "You go into Afghanistan, you got guys who slap women around for five years because they didn't wear a veil. You know, guys like that ain't got no manhood left anyway. So it's a hell of a lot of fun to shoot them. Actually, it's a lot of fun to fight. You know, it's a hell of a hoot. It's fun to shoot some people. I'll be right upfront with you, I like brawling." Mattis's remarks sparked controversy and General Michael Hagee, Commandant of the Marine Corps, issued a statement suggesting that Mattis should have chosen his words more carefully, but would not be disciplined. Following a Pentagon survey that showed only 55% of soldiers and 40% of Marines would report a colleague for abusing civilians, Mattis told his Marines in May 2007, “Whenever you show anger or disgust toward civilians, it's a victory for Al Qaeda and other insurgents.” Reflecting an understanding of the need for restraint in war as key to defeating an insurgency, he added that, "Every time you wave at an Iraqi civilian, Al Qaeda rolls over in its grave."

FULL ARTICLE AT WIKIPEDIA.ORG
This article is licensed under the GNU Free Documentation License.
It uses material from the Wikipedia article "James Mattis."