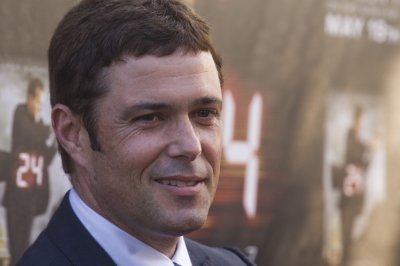 With 6 weeks to go, hurricane season may be all but over

Jack Bauer is the protagonist of the American television series 24, in which he has trained and worked in various capacities as a government agent, including U.S. Army Delta Force, Los Angeles Police Department SWAT, CIA, and finally the Counter Terrorist Unit (CTU). Within the 24 storyline, he is a key member of CTU and is often noted as the best agent CTU has. Bauer's job usually involves him helping prevent major terrorist attacks on the United States, saving both civilian lives and government administrations. On many occasions Jack does so at great personal expense, as those he thwarts subsequently target him and his loved ones. Actor Kiefer Sutherland portrays Jack Bauer in the television show and video game, and in 2006 signed on for at least three further seasons.

24 co-creator Joel Surnow commented that they did not have any actors in mind for the part; "We didn't really know who it was. We were casting a lot of people and then we heard Kiefer Sutherland's name and thought, that's Jack Bauer." In 2000, Sutherland was contacted by his friend, director Stephen Hopkins, who was working on the pilot for the experimental real-time TV show and offered him the lead. Initially Sutherland had reservations about playing Bauer, stating, "I thought, 'This is really clever and different, so there's no way they're going to pick it up. But I could use the money, and no one will ever see it'."

Sutherland must produce around 18 hours of film each season, "which is like making 12 movies, so there are going to be mistakes along the way, but I am incredibly surprised by how many things work well as a result of working at that pace."

FULL ARTICLE AT WIKIPEDIA.ORG
This article is licensed under the GNU Free Documentation License.
It uses material from the Wikipedia article "Jack Bauer."
Back to Article
/