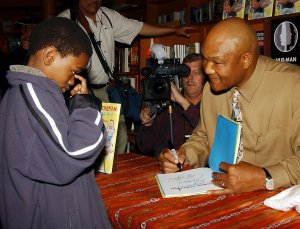 Top News // 3 years ago
The Almanac
On Oct. 30, 1938, Orson Welles triggered some radio listeners to panic with a dramatization of a martian invasion, based on H.G. Wells' "War of the Worlds." 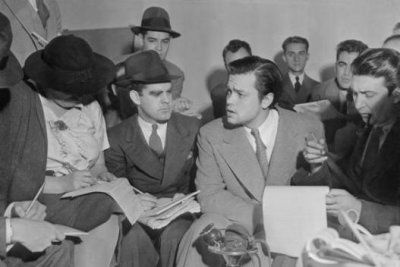 Top News // 3 years ago
On This Day: 'War of the Worlds' broadcast panics listeners
On Oct. 30, 1938, Orson Welles triggered some radio listeners to panic with a dramatization of a martian invasion, based on H.G. Wells' "War of the Worlds."

Sports News // 3 years ago
Mayweather vs. McGregor: Celebrities flood fight, 'Notorious' gets respect
Conor McGregor might have lost Saturday's fight, but he did earn the respect of many fans and fellow athletes.

Top News // 4 years ago
The Almanac
On Jan. 10, 1878, a constitutional amendment that would give women the right to vote was introduced into the U.S. Senate. It wasn't until 42 years later that the amendment was enacted.

Top News // 4 years ago
The Almanac
On Oct. 30, 1938, Orson Welles triggered a national panic with a realistic radio dramatization of a martian invasion, based on H.G. Wells' "War of the Worlds."

Sports News // 5 years ago
Muhammad Ali: 'A man who fought for what was right'
Prominent members of the boxing world and beyond shared their reverence for iconic boxer and a social activist ahead of his time, Muhammad Ali.

His most notable fights in his early career were his knockout (TKO-2) against Joe Frazier in Kingston, Jamaica, on January 22, 1973 and his loss to Muhammad Ali (KO by 8) in "The Rumble in the Jungle" in Kinshasa, Zaire, on October 30, 1974. He later became the oldest man ever to become heavyweight boxing champion of the world when at age 45, he knocked out (KO-10) Michael Moorer, age 26, on November 5, 1994 to reclaim the title he held more than 20 years earlier. He has been named one of the 25 greatest fighters of all time by Ring magazine. He is now a successful businessman and an ordained Christian minister who has his own church.

Foreman is ranked #9 on Ring magazine's list of "100 greatest punchers of all time". He is also well-known for the eponymous George Foreman Grill.

FULL ARTICLE AT WIKIPEDIA.ORG
This article is licensed under the GNU Free Documentation License.
It uses material from the Wikipedia article "George Foreman."
Back to Article
/