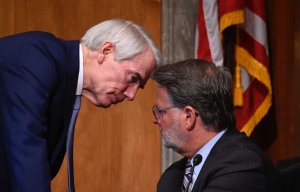 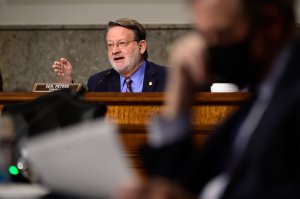 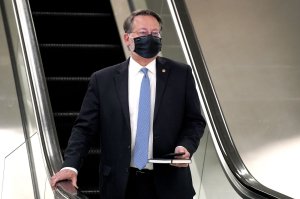 U.S. News // 7 months ago
Balance of power in Senate undecided; Gary Peters re-elected in Michigan
The balance of power in the U.S. Senate is still up in the air on Wednesday, as both Democrats and Republicans have gained a seat and lost a seat.

U.S. News // 8 months ago
Obama unveils second round of endorsements
Former President Barack Obama on Friday released his final political endorsements of 2020, giving his support to 111 Democratic candidates in state and federal races. 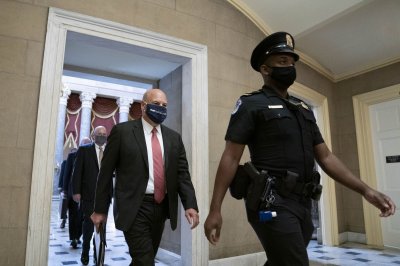 The excitement for tonight's drawing is building all across the state

Gary Charles Peters (born April 21, 1937 in Grove City, Pennsylvania) is a former pitcher in Major League Baseball. The Chicago White Sox drafted Peters as an amateur free agent in 1956 after he graduated from Grove City College. He joined the major league club for keeps in 1963 and proceeded to win Rookie of the Year honors that year. He stayed in the White Sox organization until 1969, when he was traded to the Boston Red Sox for the last three years of his career. He was selected to the All-Star Game in 1964 and 1967, and finished in the top 10 in the Most Valuable Player voting in 1963, 1964 and 1967.

Peters was also one of the best hitting pitchers of his era, with 19 career home runs, and a .222 career batting average. He was used occasionally as a pinch hitter, even winning a game with a pinch hit home run on one occasion. On May 5, 1968, Peters hit a grand slam in Comiskey Park, helping the White Sox to a 5-1 victory over the New York Yankees.

FULL ARTICLE AT WIKIPEDIA.ORG
This article is licensed under the GNU Free Documentation License.
It uses material from the Wikipedia article "Gary Peters."
Back to Article
/