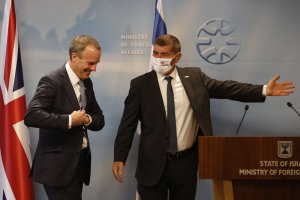 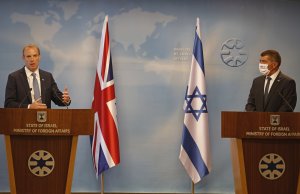 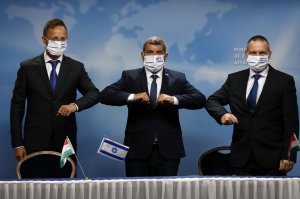 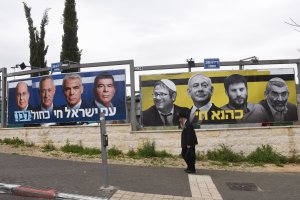 World News // 1 year ago
Troops, Palestinians clash as Israel prepares to annex in West Bank
Soldiers guarding Jewish visitors to the holy site of Joseph's Tomb in the West Bank clashed with protesters Tuesday amid controversial plans by Israel to annex portions of occupied territories there.

In the future, we will not meet the enemy on the traditional battlefield

All options are open, and the army's working premise is that we have to be prepared for that possibility, and that is exactly what we are doing

I hope he will be returned soon, as someone who sent him to battle and as his commander

Ashkenazi was born and grew up in Hagor, a moshav, or cooperative agricultural community in the Sharon region of central Israel. Ashkenazi's father, a Bulgarian Jewish Holocaust survivor, and mother, a Syrian Jew, helped found the community. Ashkenazi completed high school at a military boarding school affiliated with the prestigious Gymnasia Herzliya in Tel Aviv. His roommates included Yigal Schwartz, a major figure in Israeli literature, and Yoav Toker, a Paris-based broadcast journalist.

Drafted into Israel's Golani Brigade in 1972, Ashkenazi first saw action in the Sinai Peninsula during the 1973 Yom Kippur War. In July 1976 Ashkenazi was a platoon commander in the force that carried out Operation Thunderbolt, a mission to rescue hostages held in Uganda, but he did not participate in the battle at Entebbe Airport. Ashkenazi's first of many experiences in Lebanon came in 1978 during Operation Litani. Ashkenazi was wounded in the fighting and left the IDF before being asked to return as a battalion commander two years later. During the 1982 Lebanon War, Ashkenazi served as Deputy Commander of the Golani Brigade and commanded the forces which captured Beaufort Castle, and the towns of Nabatieh and Jabel Baruch. Promoted to Commander of the Golani in 1987, Ashkenazi was reportedly popular with his brigade's combat soldiers during his nearly two-year tenure in that post.

FULL ARTICLE AT WIKIPEDIA.ORG
This article is licensed under the GNU Free Documentation License.
It uses material from the Wikipedia article "Gabi Ashkenazi."