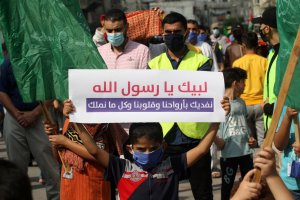 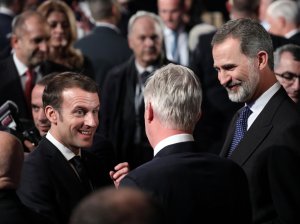 World News // 21 hours ago
Germany urges Europe to close ski resorts ahead of holiday season
German Chancellor Angela Merkel said she is seeking a ban on ski resorts throughout Europe ahead of the holiday season to stem the surging spread of the coronavirus, but not all countries are on board.

World News // 2 weeks ago
Pompeo begins 10-day, 7-nation tour to Europe and Middle East
Secretary of State Mike Pompeo embarks Friday on a 10-day, seven-nation tour, that will take him to Europe and the Middle East to discuss issues including counter-terrorism and religious freedom.

World News // 2 weeks ago
China, Russia wait for official U.S. election results as Trump refuses defeat
China and Russia on Monday said they're holding off on congratulating Joe Biden as the winner of the U.S. presidential election while a defiant President Donald Trump still refuses to concede the race.

World News // 3 weeks ago
COVID-19 cases surging by 1 million every 2 days with 50% in Europe
Coronavirus cases are increasing by about one million every two days, with more than half in Europe where nations are enacting restrictions, including lockdowns.

World News // 3 weeks ago
French authorities arrest two in connection with Nice knife attack
French officials say they have arrested two men suspected of being in contact with the man who killed three people at a church in Nice Thursday.

World News // 4 weeks ago
Authorities ID suspect in Nice, France, 'terrorist attack' that killed 3
Authorities identified Brahim Aouissaui, a 21-year-old immigrant from Tunisia, as the suspect in a knife attack that killed at least three people at the Notre Dame Basilica in the French city of Nice on Thursday.