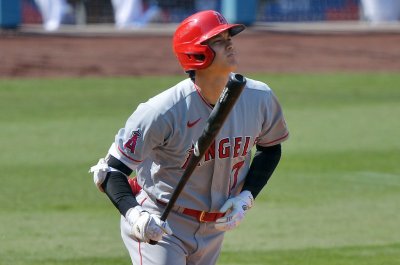 MLB // 3 months ago
Angels acquire OF Dexter Fowler in trade with Cardinals
Veteran outfielder Dexter Fowler is headed to the Los Angeles Angels after he was traded from the St. Louis Cardinals, the teams announced. 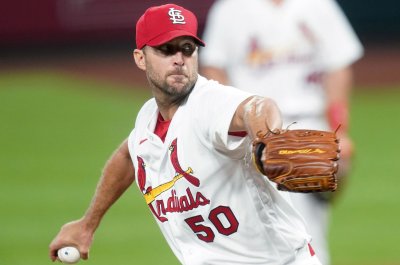 MLB // 1 year ago
NLDS: Cardinals oust Braves with historic first inning, advance to NLCS
The St. Louis Cardinals erupted for 10 runs in the first inning and eliminated the Atlanta Braves with a 13-1 rout in Game 5 of their NL Division Series on Wednesday in Atlanta.

MLB // 1 year ago
Braves teammates call out Ronald Acuna for lack of hustle in NLDS loss
Atlanta Braves star Ronald Acuna Jr. was criticized by his teammates for not hustling during the team's loss to the St. Louis Cardinals in Game 1 of a National League Divisional Series. 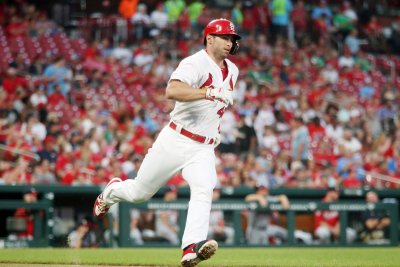 Fowler was drafted by the Colorado Rockies in the 14th round of the 2004 Major League Baseball Draft out of Milton High School in Alpharetta, Georgia. He rejected offers from Harvard and the University of Miami in order to play for the Rockies. In 2008, he was selected by Major League Baseball to play in the All-Star Futures Game at Yankee Stadium

Fowler was batting .337 with nine home runs, 61 RBI and 20 stolen bases for the Rockies' Double-A Texas League affiliate, the Tulsa Drillers, when he took a break from his minor league season in order to represent the United States in the 2008 Summer Olympics in Beijing, China. He and the U.S. team ended up winning the bronze medal in the Olympics by defeating Japan, 8-4, in the bronze medal game.

FULL ARTICLE AT WIKIPEDIA.ORG
This article is licensed under the GNU Free Documentation License.
It uses material from the Wikipedia article "Dexter Fowler."
Back to Article
/