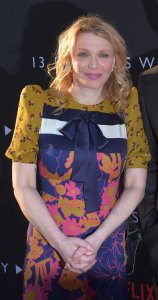 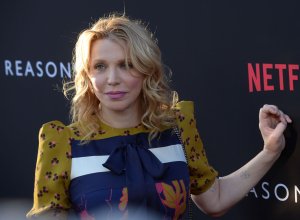 Music // 1 year ago
R.E.M.'s Michael Stipe to release solo single Saturday
Michael Stipe will release the song "Your Capricious Soul" and a music video by Sam Taylor-Johnson on Saturday.

Entertainment News // 3 years ago
Frances Bean Cobain is 2 years sober: 'Best decision I have ever made'
Frances Bean Cobain, the daughter of late Nirvana frontman Kurt Cobain, detailed her struggle with addiction while celebrating two years of sobriety.

I can't believe anyone would take Kurt's ashes from me. I find it disgusting and right now I'm suicidal

Thank you for giving me an opportunity. You've been a good, fair judge. Sorry for crying

When I get around (Carroll), I feel so awkward and timid and weak ... trying to prove to her that I can make friends and be popular

Did they just let you out of the mental hospital? Leave us alone

Following a turbulent childhood, Love rose to fame as the lead vocalist and rhythm guitarist for alternative rock band Hole, and received immense media coverage for her highly-publicized marriage to Nirvana frontman Kurt Cobain, before and after his suicide in 1994. Her band Hole released two highly successful albums in the 1990s, Live Through This (1994) and Celebrity Skin (1998). The group would officially disband in 2002, but Love reformed Hole with new members in 2009, and released the band's fourth album, Nobody's Daughter (2010).

Love also starred in several films, most notably The People Vs. Larry Flynt (1996), which garnered her a Golden Globe nomination.

FULL ARTICLE AT WIKIPEDIA.ORG
This article is licensed under the GNU Free Documentation License.
It uses material from the Wikipedia article "Courtney Love."
Back to Article
/