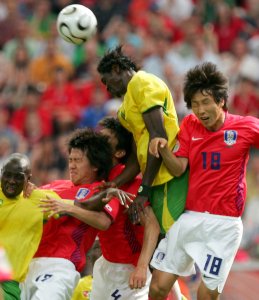 Voices // 1 year ago
K-pop fans protest treatment of Monsta X lead singer Wonho
You may have recently seen K-pop trending worldwide on Twitter, especially hashtags such as #FightForWonho. Wonho, whose real name is Lee Ho-Seok, was the lead singer for Monsta X, a Korean pop or K-pop group.

World News // 1 year ago
Suicide of K-pop star Sulli puts spotlight on cyberbullying
The apparent suicide of the popular K-pop singer known as Sulli has sparked a national conversation in South Korea about misogyny and cyberbullying. 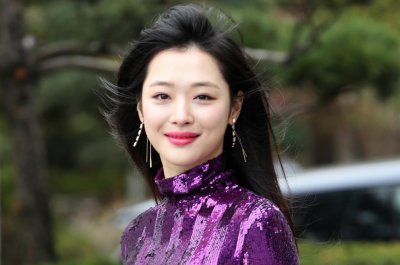 We are having hard time putting down the blaze due to a series of explosions at the time of the fire, which demolished all firefighting facilities in the basement

Is it true that we are advancing to the semifinals?

North Korea needs to express their regrets about the sailors

Choi Jin-sil (December 24, 1968 – October 2, 2008) was a South Korean actress and model. She was considered one of the best actresses in South Korea, nicknamed "The Nation's Actress". Since her debut three decades ago, she played a leading role in dozens of movies, television dramas and commercials.

Choi Jin-sil was born as the first child to her parents Choi Guk-hyeon and Jeong Ok-suk in Seoul, South Korea on December 24, 1968. She had a younger brother, Choi Jin-yeong (최진영) who was also an actor as well as a singer. He committed suicide on March 29, 2010. Choi Jae-sung, star in 1980s and early 90s is her cousin on paternal side.

Her family was so poor that her mother once managed the household by running a pojangmacha(a small street stall selling foods). She dreamed of becoming a star to survive from the poverty. She confessed in talk shows her nickname during her school days was "Choisujebi" because she used to eat "sujebi"(a dumpling soup) instead of ordinary meals due to the home environment.

FULL ARTICLE AT WIKIPEDIA.ORG
This article is licensed under the GNU Free Documentation License.
It uses material from the Wikipedia article "Choi Jin."
Back to Article
/