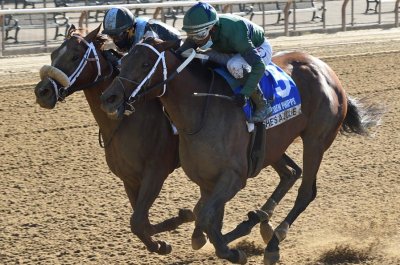 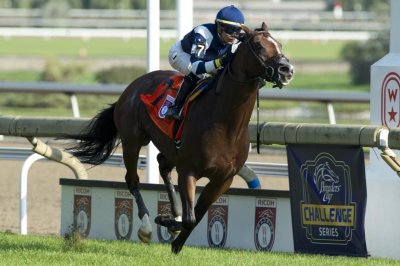 Horse Racing // 2 years ago
UPI Horse Racing Roundup: Kanthaka, others show promise on Kentucky Derby trail
Kanthaka, Flameaway and A Different Style edge into the Kentucky Derby picture, and Mind Your Biscuits and World Approval are likely headed for Dubai.

We are anticipating continued, steady growth, which has been 50 percent over the past several years

With increased incentives from the federal government and growing state action, we think the market for solar will continue to grow

I had never been on the horse before, but he ran hard for me

Brian Michael Lynch (born June 21, 1973) is an American film and comic book writer. Lynch was the initial writer and co-creator with Joss Whedon of Angel: After The Fall for IDW Publishing, and has written the film adaptation of The Sims.

He attended Middletown High School South and William Paterson University of New Jersey. Except for four years during early childhood spent in Indiana, Lynch lived in New Jersey all his life. In 2004, he moved to Hollywood, California.

FULL ARTICLE AT WIKIPEDIA.ORG
This article is licensed under the GNU Free Documentation License.
It uses material from the Wikipedia article "Brian Lynch."
Back to Article
/