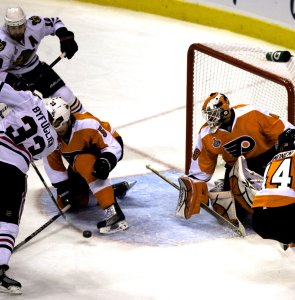 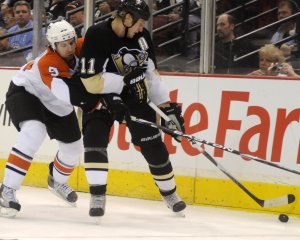 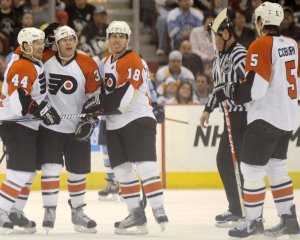 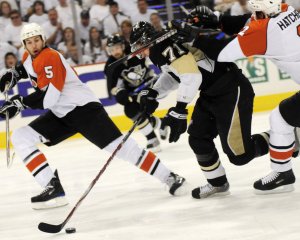 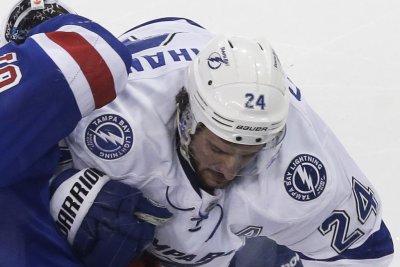 NHL // 2 years ago
Golden Knights may be minus Pacioretty vs. Senators
The Vegas Golden Knights are searching for answers heading into Sunday's home game against the Ottawa Senators after left winger Max Pacioretty reportedly may have suffered a concussion in Friday's 3-2 loss to the Tampa Bay Lightning. 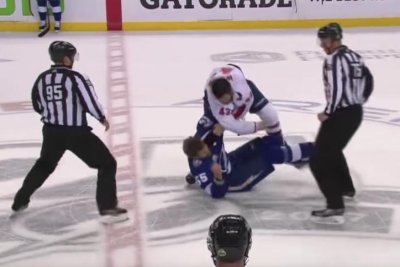 NHL // 2 years ago
Caps' Wilson bloodies knuckles in fight with Lightning's Coburn
Tom Wilson and Braydon Coburn absolutely threw down during Game 7 of the Western Conference finals between the Washington Capitals and Tampa Bay Lightning. 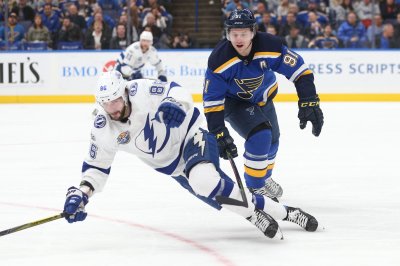 NHL // 4 years ago
NHL roundup: recap, scores, notes for every game played on February 7
WASHINGTON -- Braden Holtby picked up his seventh shutout of the season, five different players scored and the Washington Capitals defeated the Carolina Hurricanes 5-0 on Tuesday night for their 10th straight home win.

Braydon Coburn (born February 27, 1985 in Calgary, Alberta) is a Canadian professional ice hockey defenceman who plays for the Philadelphia Flyers of the National Hockey League (NHL).

Coburn played major junior hockey with the Portland Winter Hawks of the Western Hockey League (WHL). He was awarded the Jim Piggott Memorial Trophy as rookie of the year for the 2001–02 season. Although his points total dipped from 37 points to 19 the following year, he remained a top prospect and was drafted 8th overall in the 2003 NHL Entry Draft by the Atlanta Thrashers.

Upon being drafted, he returned to the WHL for two more seasons and was awarded the Doug Wickenheiser Memorial Trophy in 2004 as humanitarian of the year. On February 4, 2005, Coburn tied a WHL record for most goals by a defenceman in a game with 4 against the Seattle Thunderbirds in a 7-4 win. He completed his final year with the Winter Hawks in 2004–05 with a junior career-high 44 points.

FULL ARTICLE AT WIKIPEDIA.ORG
This article is licensed under the GNU Free Documentation License.
It uses material from the Wikipedia article "Braydon Coburn."
Back to Article
/