Golden Knights may be minus Pacioretty vs. Senators

The Vegas Golden Knights are searching for answers heading into Sunday's home game against the Ottawa Senators after left winger Max Pacioretty reportedly may have suffered a concussion in Friday's 3-2 loss to the Tampa Bay Lightning.

Pacioretty, an offseason trade acquisition from the Montreal Canadiens, was in rhythm in recent games with members of Vegas' second line -- Alex Tuch and Erik Haula -- before he was clocked by Tampa Bay defenseman Braydon Coburn in the first period.

Pacioretty's absence forced coach Gerard Gallant to make changes, which caused the Golden Knights (4-5-1) to be out of sync. They have lost consecutive games in their five-game homestand that ends against the Senators (4-4-1).

Ottawa is also trying to snap a two-game losing funk. The Senators started a three-game road trip with a 6-3 loss to Colorado on Friday. They conclude their trip on Tuesday at Arizona.

The second line has been a concern for Gallant since the start of the season, including when another major acquisition, Paul Stastny, went down with an unspecified injury in the third game of the season. Stastny could reportedly be out up to three months.

Tuch began the season on injured reserve, and his return last week seemed to enhance the second line with Pacioretty. If Pacioretty suffered a concussion, he must go under the NHL's concussion protocol, which means he can miss a few games.

"You hate to lose a player like Pacioretty in the hockey game, but that's what coaching is all about. You've got to mix your lines up and see how it goes," Gallant said. "A lot of guys played a few more minutes than they usually do."

Ottawa goes to Las Vegas coming off the loss at Colorado, a game in which former Avalanche forward Matt Duchene scored two goals in his first game against his former team.

Duchene, acquired by the Senators from the Avalanche in a three-team transaction with the Nashville Predators on Nov. 5, 2017, is one of 20 active NHL players to score at least one goal against all 31 teams. He was traded early in his ninth season with the Avalanche, who selected him in the first round (third pick overall) of the 2009 NHL Draft.

"It was the hardest thing I've ever done, leaving here," Duchene said after the loss to Colorado. "It was something I never wanted to do, it was something I felt I had to do. Sometimes that's life and that's the business. Just the signs in warmup and the people that were being so kind meant a lot to me. You touch the puck, you're going to get booed. Avs fans are competitive and you kind of expect it."

"It's the exact same thing as the last game," said Boucher, referring to the Boston Bruins' 4-1 win over the Senators on Tuesday. "We didn't defend well on the rush against their top players. We know that's the quest that we have.

"We have to grow fast enough to be able to defend against the top players. We see the weaknesses once we get to the third period. We get tired and some guys are lacking a little bit of experience." 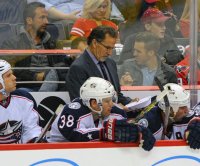 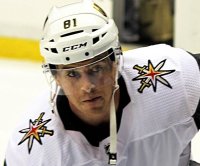