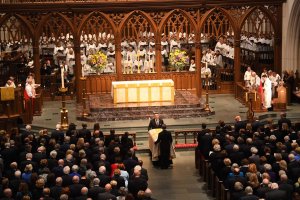 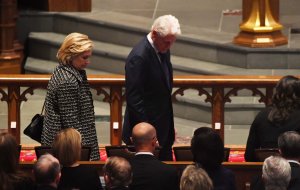 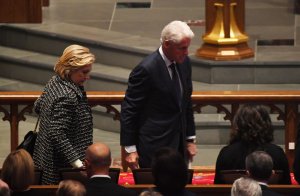 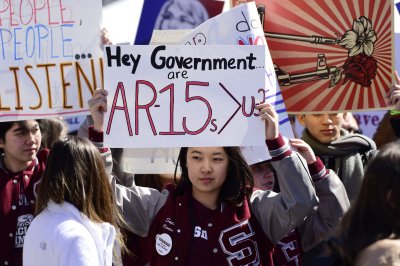 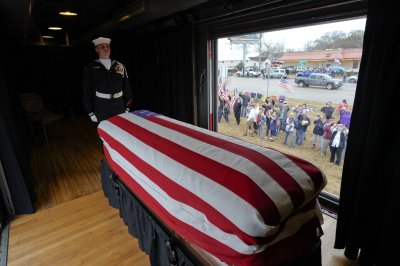 U.S. News // 2 years ago
Funeral train for Bush the first for a president since 1969
Former President George H.W. Bush will take a 70-mile journey Thursday aboard a special funeral train, reviving a tradition that hasn't been done in 50 years. 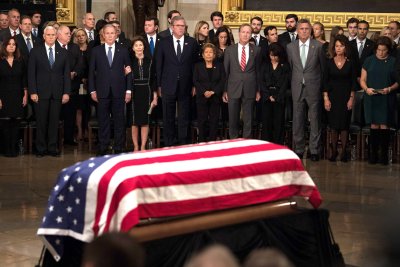 This Friday the 13th turned out to be a lucky one for me because I was able to go home with George, feeling healthy and strong

Barbara Bush out of hospital after surgery Mar 13, 2009

He is living proof that with hard work, determination and optimism, the American Dream is still available to all

I sat next to her once, thought she was beautiful. And I think she's very happy in Alaska -- and I hope she'll stay there

Barbara Pierce was born in Flushing, New York attended Rye Country Day School from 1931 to 1937, and is an alumna of Ashley Hall School in Charleston, SC. She met George Herbert Walker Bush at age 16, and the two married in 1945, while he was on leave during his deployment as a Naval officer in World War II. They would have six children together. The Bush family soon moved to Midland, Texas; as George Bush entered political life, Barbara raised their children.

As wife of the Vice President and then President, Barbara Bush has supported and worked to advance the cause of universal literacy. She founded the Barbara Bush Foundation for Family Literacy while First Lady. Since leaving the White House, she has continued to advance this cause.

FULL ARTICLE AT WIKIPEDIA.ORG
This article is licensed under the GNU Free Documentation License.
It uses material from the Wikipedia article "Barbara Bush."
Back to Article
/