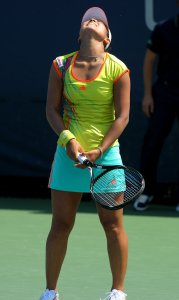 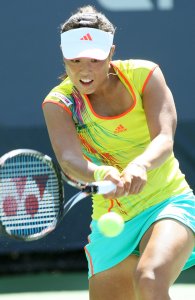 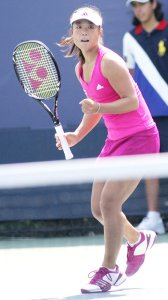 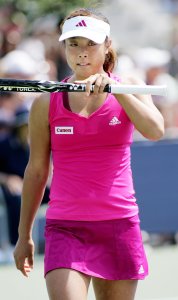 Ayumi Morita (森田 あゆみ, Morita Ayumi?, born March 11, 1990 in Ōta, Gunma, Japan) is a Japanese female tennis player. She reached her career-high ranking of 42nd in the world on June 6, 2011 and is currently the highest ranked Japanese player in the world at World No. 46, the seventh overall in Asia. At Junior level, she reached a career high ranking of No. 3.

Morita is known for strong and consistent two-handed groundstrokes which she hits very flat. She is also regarded as very tough mentally for a young player, often showing great resolve to win close matches despite a lackluster serve. Morita is a small and quick player with excellent footwork and movement around the court.

FULL ARTICLE AT WIKIPEDIA.ORG
This article is licensed under the GNU Free Documentation License.
It uses material from the Wikipedia article "Ayumi Morita."