NFL // 3 years ago
Antonio Cromartie has baby No. 14, despite vasectomy
Former New York Jets cornerback Antonio Cromartie and wife Terricka have welcomed their sixth child together and Cromartie's 14th overall.

NFL // 3 years ago
New York Jets: Top free agency, NFL draft needs for 2017
The New York Jets must decide which players to keep as they seek to improve their 5-11 record from last season. 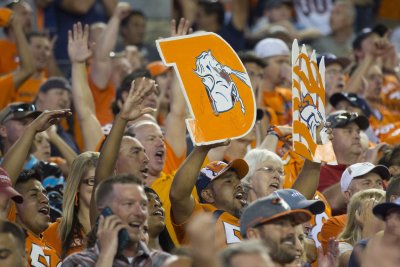 Antonio Cromartie (born April 15, 1984 in Tallahassee, Florida) is an American football cornerback for the New York Jets of the National Football League. He was drafted by the San Diego Chargers 19th overall in the 2006 NFL Draft. He played college football at Florida State.

Cromartie is credited with the longest play in NFL history, as he returned a missed field goal 109 yards for a touchdown on November 4, 2007.

Cromartie was a versatile player at Lincoln High School in Tallahassee. Throughout his senior season, Cromartie recorded 12 tackles and 2 interceptions, returned 3 punts and 2 kicks for TDs, had 450 yards and 1 touchdown on 30 catches and ran the ball 13 times for 242 yards and 3 touchdowns. This was enough to earn Cromartie 2002 USA Today defensive player of the year. Considered a four-star recruit by Rivals.com, Cromartie ranked sixth among cornerback prospects in the nation.

FULL ARTICLE AT WIKIPEDIA.ORG
This article is licensed under the GNU Free Documentation License.
It uses material from the Wikipedia article "Antonio Cromartie."
Back to Article
/