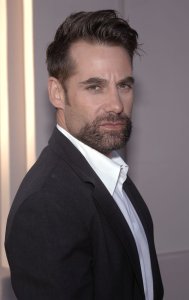 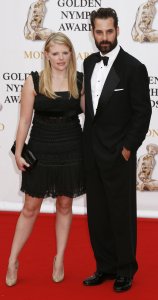 Adrian Kayvan Pasdar (pronounced /ˈpæzdɑr/; born April 30, 1965) is an American actor and film director. He is known for playing Jim Profit on the TV series Profit, for his roles in Near Dark, Mysterious Ways and as Nathan Petrelli on Heroes. Additionally, he directed the feature film Cement.

Pasdar was born in Pittsfield, Massachusetts. His father, Homayoon Pasdar, was an Iranian immigrant and cardiac surgeon, with a practice near Philadelphia. His mother, Rosemarie (née Sberesny), was born in Königsberg/Kaliningrad, a former German city in Russia, working as a nurse before becoming an English teacher and travel agent in France.

Pasdar graduated from Marple Newtown Senior High School in Newtown Square, Pennsylvania, and then received a football scholarship to the University of Florida to play linebacker. He was badly injured in a car accident during his freshman year. The accident left his face scarred, his legs badly injured, and kept him in a wheelchair for several months, at which time he had to finish his freshman year while undergoing intensive physical therapy.

FULL ARTICLE AT WIKIPEDIA.ORG
This article is licensed under the GNU Free Documentation License.
It uses material from the Wikipedia article "Adrian Pasdar."
Back to Article
/