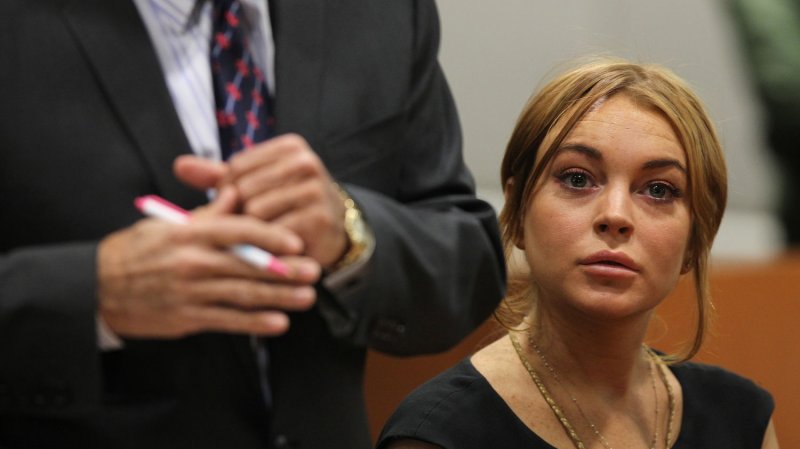 Lindsay Lohan is seen during a pretrial hearing at the Airport Branch Courthouse in Los Angeles on January 30, 2013. UPI/David McNew/Pool | License Photo

After reports claimed that Lindsay Lohan went on a shopping spree in New York when she was supposed to be recovering from an illness, the troubled actress hopped a last-minute flight to Los Angeles to attend a mandatory court hearing scheduled for Wednesday.

Lohan's new lawyer, Mark Heller, filed a doctor's note this week saying that the actress had come down with an upper respiratory infection and couldn't fly cross country for her court date. But when TMZ published photos of the 26-year-old smoking and on an "all-day shopping spree" in New York on the day of her doctor's visit, the New York Daily News claimed the actress "panicked" and boarded a late night flight to L.A.

According to The Huffington Post, Lohan is due in court for the first time in nearly a year. Santa Monica, Calif., prosecutors have charged her with violating her probation for a theft charge, reckless driving and obstructing a police officer after a car accident last summer.