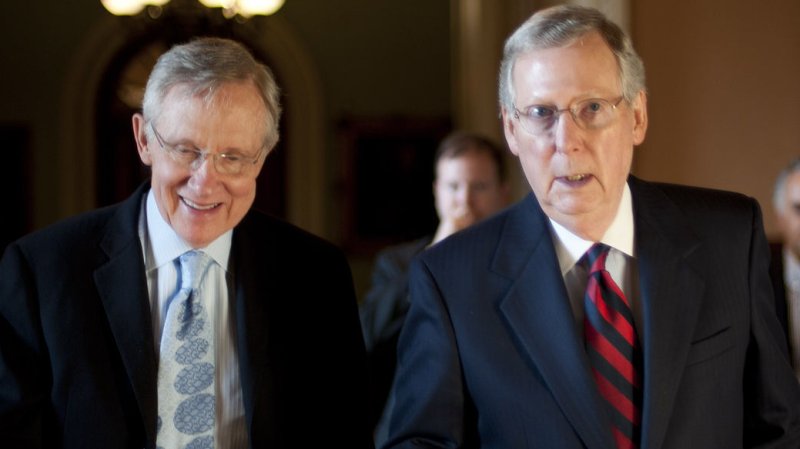 The majority and minority leaders in the Senate came to a deal Thursday which will bring a series of reforms to a vote to change the rules of the filibuster.

The deal, the full text of which can be read below, will fall short of the broad reforms many progressive Senators were hoping would bring sweeping changes to the obstructionist atmosphere of the upper chamber.

Senators Harry Reid, D-Nev., and Mitch McConnell, R-Ky., hammered out the deal, which will make it easier for the majority to appoint conferees once the bill passes, but keeps the minority's ability to filibuster the motion once.

As part of the deal, senators who threaten to filibuster must actually come to the floor to do so, as well as forcing the Senate into a quorum to force dissenting senators to actually show up and debate.

One Democratic aide told the Huffington Post that, even though Reid failed to get everything Senate progressives hoped for, the deal would still make it easier for bills to reach the floor for vote.

"Let's face it, if not for 60 [vote cloture] then Roe v. Wade might be dead and Social Security would be private accounts," the aide said. "But, Reid gets the power to get on bills without having to file cloture. That's a big deal."