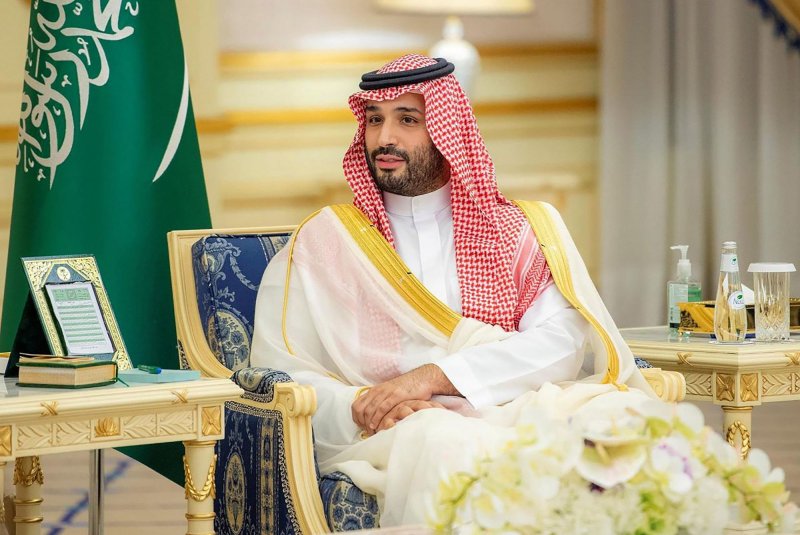 Sept. 28 (UPI) -- Crown Prince Mohammed bin Salman has been named prime minister of Saudi Arabia as the future king is facing pressure from a U.S. civil lawsuit linking him to the notorious killing of Washington Post journalist Jamal Khashoggi in 2018.

King Salman negated a Saudi law in order to give up one of his own titles and elevate his 37-year-old son to the nation's highest office.

The Saudi Arabian Embassy in Washington confirmed the shakeup in a statement.

The younger Salman was already well-positioned to assume power as the indisputable heir to the throne of his aging father who will turn 87 later this year.

Saudi government critics questioned the timing of the move and speculated if it was made to shield the prince from any criminal liability in the Khashoggi killing.

Back in the U.S., the judge overseeing a civil suit brought by Khashoggi's widow, Hatice Cengiz, sent a memo to the Biden administration in July asking whether Prince Mohammed should be granted sovereign immunity.

U.S. District Court Judge John Bates gave administration lawyers until Oct. 3 to respond to the matter, which also added pressure on the Saudi royal family to find a way to permanently shield the future king from any prosecution in the case, diplomatic experts say.

Prince Mohammed has previously denied any involvement in Khashoggi's murder despite intelligence reports implicating him as the person who might have given the order.

Sovereign immunity is a U.S. legal doctrine that grants criminal and civil protections to heads of state and world leaders such as prime ministers.

"It seems like [Prince Mohammed] has been advised to take this step before the response of the Biden administration was due," said Washington political advocate Abdullah Alaoudh, who is involved in the lawsuit, The Guardian reports. Becoming prime minister "practically makes no difference," he added.

In July U.S. President Joe Biden said he told Prince Mohammed he thought he was personally responsible for the killing of Khashoggi during a meeting in Jeddah.

Biden said he brought up the issue during a working session with Mohammed and other ministers of the government at Al Salam Royal Palace.

"With the respect to the murder of Khashoggi, I raised it at the top of the meeting, making it clear what I thought of it at the time, and what I think of it now," Biden told reporters in a news conference at the time. "I made my view crystal clear. I said very straightforwardly, for an American president. To be silent on the issue of human rights is inconsistent ... with who we are and who I am.

"What happened to Khashoggi was outrageous."

Meanwhile, the civil suit filed by Cengiz in October 2020 alleges Prince Mohammed and other Saudi officials hatched a "conspiracy with premeditation" to kill Khashoggi, who was ambushed before he was found tortured to death inside the Saudi consulate in Istanbul in 2018.

A former Saudi loyalist, Khashoggi became a target after fleeing the kingdom for the United States and becoming one of the crown's most vocal dissidents, which was amplified by his powerful voice in the media.

The Saudi regime has recently intensified its crackdown on government opponents, according to Saudi political activists living in exile.

In another high-profile case in the country, Salma al-Shehab, a PhD student on break from Leeds University in Britain, was arrested and sentenced to 34 years in prison after she was accused of retweeting the posts of known political dissidents.

Academians from colleges and universities around the world have been urging government leaders to act in the case.

World News // 1 hour ago
1 dead, 12 missing after landslide, heavy rains on Italy's Ischia island
Nov. 26 (UPI) -- At least one person died and a dozen more are missing Saturday after heavy rains on the Italian island of Ischia triggered a landslide that caused widespread damage, officials said.

World News // 22 hours ago
Joseph Zen, other Hong Kong pro-democracy protesters fined
Nov. 25 (UPI) -- Hong Kong Cardinal Joseph Zen, who was arrested in May in connection with anti-government protests, was fined more than $500 with five others for failing to register a protester relief fund as a society.

World News // 1 day ago
Xinjiang fire at apartment on lockdown kills 10, injures 9
Nov. 25 (UPI) -- A fire broke out in an apartment complex in Xinjiang, China on Thursday evening where many residents had been quarantined, killing 10 people and injuring nine others.