A bank was set ablaze by anti-government protesters at Al Nour Square in Tripoli, Lebanon on April 28. Photo by Wael Hamzeh/EPA-EFE

BEIRUT, Lebanon, Jan. 18 (UPI) -- Bank depositors in Lebanon, who woke up one day more than a year ago to face the painful reality that their life savings are stuck in the banks, are now bracing for the worst: Most of their money, if not all, is gone and cannot be recovered.

Political leaders are still quarreling over the formation of a new government and have failed to agree on a recovery plan that would help the heavily indebted country address its multiple troubles and open the door for outside financial assistance.

Banque du Liban, Lebanon's central bank, whose losses were estimated at $50 billion, keeps funding the country's budget deficits and juggling to fund a subsidy program at the expense of the depositors' savings.

The banks are still blocking free access to deposits, limiting payment to Lebanese pounds and blaming the state for wasting the deposits. The dollar deposits were estimated at $110 billion.

RELATED Report: More than 50 killed during Israeli airstrikes in Syria

With political leaders, central bank and private banks trading accusations and blaming each other for the acute financial crisis, depositors are chasing every possible way to save some of their lost money.

Benefiting from the fact that banks were still issuing banker's checks, depositors rushed to buy apartments and properties, reviving a real estate sector that was in decline even before the crisis. Those who reacted quickly managed to get good deals and secured most of their money.

But as the crisis continues with no solution in sight, the value of their deposits continued to shrink, with prices of properties increasing against banker's checks, developers requesting U.S. dollars in cash and the banks imposing a de facto haircut. By cashing their dollars at 3,900 LL for one U.S. dollar against an average 8,5000 LL at the black market, they already lost 55% of their savings.

Another market soon began to flourish: trading banker's checks with cash U.S. dollars at a risk of losing up to 67 percent of depositors' stuck money. In February 2020, a $100,000 bank check was worth $90,000 in cash but soon started to drop until reaching $31,000, according to a financial expert, who spoke to UPI on the condition of anonymity.

"Some people are regretting not having done so earlier," said the expert, who acted as a go-between for such transactions. "Those buying the banker's checks are mostly using it to pay loans at a cheaper price, while the ones getting cash U.S. dollars are happy to have saved 31% of their stuck or lost money, transferring them abroad or keeping them at home. This is today...it would be less and less tomorrow."

Some brokers, who opened offices for that purpose, are trading with millions of U.S. dollars a day, the expert said.

The risk of ending up with U.S. dollars belonging to sanctioned individuals and entities and smuggled from places like Iran, Iraq and Libya for the benefit of Hezbollah and illegal traders is another issue of concern.

On another side, there are a great number of angry depositors, who refuse to accept their loss and resign to recuperating a small portion of their lost money.

"The issue is not that who is right and who is wrong... Only time will tell," the expert said.

Many depositors, frustrated by government inaction and experts arguing that their money has disappeared, decided not to give up.

The "Cry of Depositors" (Sarkhitmoudi3in) is one of many groups trying to mobilize the depositors and make their voices heard, organizing protests and contacting lawyers and judges to file legal complaints.

"We gave our money to the bank and not to the state. What the bank did with our money is its problem and not ours," Kamil Tanios Barbar, one of five depositors who established the group last summer to pressure the banks into releasing their funds, told UPI. "We deposited our money in the bank, and we want to take them back from the bank."

With the Bank Association turning a deaf ear to their demands, Barbar said some bank owners have transferred their own money abroad at a time they claim they have no money to return to the depositors.

"Is it acceptable that he rides a Lamborghini or owns a building worth millions of dollars and I cannot access my money deposited in his bank?" Barbar said. "We will not rest or surrender... It's our children's future which is at stake."

Central Bank Governor Riad Salameh has repeatedly denied any responsibility for the financial crisis, saying that he maintained Lebanon's monetary stability for long years and prevented its collapse. He argued that the politicians are to be blamed for constantly reneging on promises to adopt reforms.

A senior banker explained that most of the money spent by the Central Bank since 1990 was used to fund the state's budget deficits while part of it was spent to stabilize the Lebanese pound against the U.S. dollar. The failure of the political leaders over the years to adopt necessary reforms and the influx of more than 1 million refugees fleeing the Syria war were main factors that led to the current crisis.

"It is more political than technical," the banker told UPI on condition of anonymity. "The banks are definitely responsible for they did not diversify their risks and instead focused on buying Eurobonds [using depositors' money] in return for high interests to fund the state."

However, the banker maintained that the main problem "remains with those political leaders who are doing nothing, not even forming a new government to start rescuing the country."

Lebanon's problems have been accumulating long before protests broke out on Oct. 17, 2019.

Muhammad Baasiri, a former central bank vice governor who left his post in March 2019, cited widespread corruption, lack of governance, persistent deficit in the government budget, accumulated negative balance of payment, commissions and sectarianism, in addition to the great number of Syrian refugees.

Baasiri also emphasized the fact that Lebanon was "driven away from its natural [Arab] environment" and became "much anti-Arab" due to Hezbollah's tight grip on the country." That has "alienated" its traditional supporters, mainly the Gulf states, and has led to losing their longtime financial support, investments and tourists.

He said the banks' performance, especially during the period after the 2019 uprising, when they closed their doors for two weeks and several selectively allowed some depositors and bank owners to transfer their money abroad, "was not up to any banking standard" and resulted in "a loss of confidence and trust in the banks."

"The banks saw a sinking ship, left all the passengers on board and jumped off the Titanic," he said.

The central bank, he added, is not without responsibility for the current crisis, although it repeatedly warned the politicians against overspending. "Thus, it had no choice but to keep attracting dollars to Lebanon even at high interest rates to keep the situation under control."

Regardless of who is to blame, bank deposits will remain uncertain in the absence of any recovery plan.

"If a new government is formed and able to come up with a credible and economically feasible plan, and so regain the trust of the Lebanese, Arabs and international community, then there will be a chance to recover the deposits over the years. There will be a loss but not a big one," Baasiri said.

He, however, argued that Lebanon is "not bankrupt; rather rich but mismanaged," owning real estate worth more than $100 billion and public utilities "of value" such as electricity and water.

Estimating that nearly $200 billion have been wasted or stolen over 30 years, Baasiri suggested that part of it could be recuperated with the help and support of the international community. 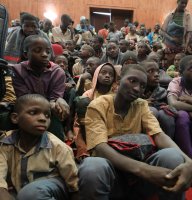