Oct. 30 (UPI) -- North Korea is blasting Seoul following statements about the 1950-53 Korean War that began with the North's invasion of the South.

Pyongyang propaganda service Uriminzokkiri said Friday the South was "distorting" the truth, after Seoul responded to remarks from Chinese leader Xi Jinping who characterized the U.S. and South Korean side as "imperialist invaders" who fought against China and North Korea.

"The U.N. Security Council resolution...states that the war broke out with the North's invasion of the South," South Korean Foreign Minister Kang Kyung-wha said Monday, referring to Xi's remarks.

On Thursday, U.S. Ambassador to Seoul Harry Harris said the two countries had fought against an "invasion from the North" during the war, according to Yonhap.

North Korea media is challenging statements about Pyongyang's role in the war.

"It is an undeniable truth of history that the Korean War was a war of aggression provoked by the United States and the delinquents of [former President] Syngman Rhee," Uriminzokkiri said. "The act of denying the historical truth of the Korean War of the past 50 years continues to this day."

Uriminzokkiri also said the United Nations Security Council resolution stating the Korean War began with the North's invasion of the South was "unjust" because of U.S. influence at the U.N.

But "no matter how unjust, you can never destroy the freedom and independence of the [North Korean] fatherland" that was gained through the war, Pyongyang said.

On Friday, KCNA continued the attacks against the South's politicians. North Korea's news agency said the South is responsible for the slaying of a South Korean officer in North Korean territory while slamming the South's main opposition conservatives. 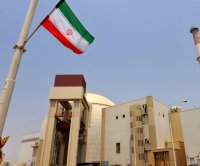 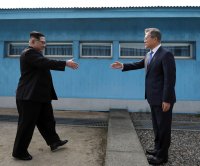