A Russian official said the bans were in response to economic sanctions "unleashed against Russia by some Germany-led countries of the European Union."

Russian Federation Minister for Foreign Affairs, Sergey V. Lavrov, speaks at the 69th United Nations General Assembly General Debate in the UN building in New York City on September 27, 2014. A spokesperson for the European Union said on May 30, 2015 that Russia had issued a travel ban on 89 European politicians and military leaders from 17 countries. Russian media quoted an unnamed source in the country's foreign ministry, who said the list was issued in retaliation against economic sanctions relating to the Ukraine conflict. File photo by John Angelillo/UPI | License Photo

MOSCOW, May 31 (UPI) -- Russia banned dozens of European politicians and military leaders from traveling inside its borders in a move the Russian Foreign Ministry characterized as retaliation against economic sanctions, according to officials.

A spokesperson for the European Union on Saturday said several EU politicians had for months been denied entry at the Russian border before Moscow shared a confidential "stop list" that comprised the names of 89 European politicians and military leaders from 17 countries.

"We don't have any other information on legal basis, criteria and process of this decision," the EU spokesperson said in a statement. "We consider this measure as totally arbitrary and unjustified, especially in the absence of any further clarification and transparency."

Russian state news agency TASS on Saturday quoted an unnamed high-ranking official at the Russian Foreign Ministry, who said, "An answer to some European countries demanding to explain why these names have been put on the lists of persons banned from entering Russia is quite simple -- this was done as a response to a sanctions campaign unleashed against Russia by some Germany-led countries of the European Union."

Last week, German lawmaker Karl-Georg Wellmann was denied entry to Russia after he landed at an airport in Moscow to meet foreign ministry officials. The German government at the time called the incident "incomprehensible and unacceptable" and demanded a list of those banned from traveling to Russia. Wellman said he believes he was put on the list because of his public criticism of Russia as a provider of weapons, logistics and other assistance to separatists in Ukraine.

Western powers, including the United States, imposed economic sanctions against Russia after it annexed Crimea from Ukraine last year, and they have repeatedly accused Moscow of supplying weapons and troops to pro-Russian rebels in eastern Ukraine. Russian authorities deny the charge, and Russian President Vladimir Putin has characterized any Russian troops fighting in Ukraine as volunteers acting on their own.

In April, Russian Prime Minister Dmitry Medvedev said the sanctions cost Russia $26.7 billion in 2014 and could rise to $80 billion this year.

"Despite my numerous previous official requests to the Russian authorities to make the blacklist public and communicate the clear reasons why each individual has been included there, our Members have been repeatedly stopped at the border and the European Parliament has not been officially notified which of its Members are being targeted by the sanctions," Martin Schulz, president of the European Parliament, said in a statement.

Russian state news quoted the unnamed foreign ministry official as saying the lists "were handed to our European partners as a gesture of trust and their publication may weigh on the conscience of corresponding sides. Just one thing remains unclear: Did our European co-workers want these lists to minimize inconveniences for potential 'denied persons' or to stage another political show?"

TASS quoted the unnamed foreign ministry official as saying U.S. citizens had also been blacklisted, but he said "it should be mentioned that in this case our American partners act more constructively than the European ones." 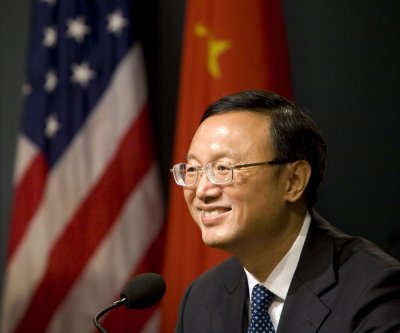 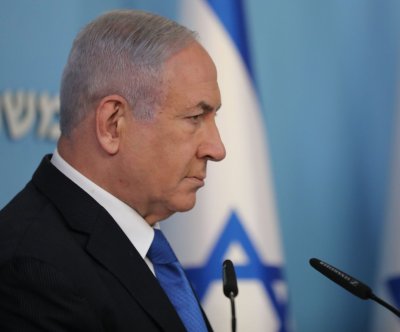 World News // 1 day ago
Turkey, Iran say Israeli-UAE deal 'shameful,' harmful to Palestinians
Aug. 14 (UPI) -- NATO ally Turkey and U.S. foe Iran on Friday denounced the normalization of ties between Israel and the United Arab Emirates, both saying the Persian Gulf state has abandoned Palestinians in their fight for a homeland. 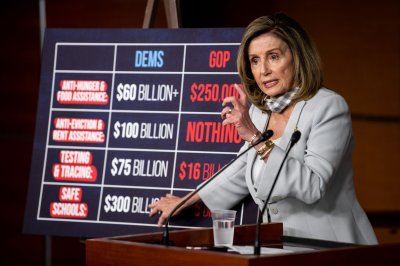