World News // 3 years ago
Police use water cannons on German protesters amid AfD elections
Thousands of protesters gathered in Germany as the far-right Alternative for Germany party held a conference to elect leadership. World News // 3 years ago
Turkey blasts Germay's Merkel, Schulz on threat to end EU bid
Turkey has reacted strongly to comments by German Chancellor and her debate opponents for calls to end Ankara's talks of joining the European Union. 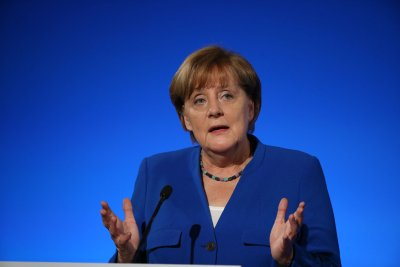 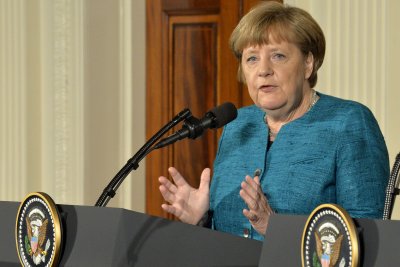 World News // 3 years ago
Merkel's conservative party wins German regional election
Conservatives captured the most votes in the German state of Saarland -- a good sign of support for German Chancellor Angela Merkel going into her national vote.
World News // 5 years ago
Jailed Saudi blogger sentenced to flogging gets human rights prize
A Saudi blogger who was imprisoned and flogged publicly for criticizing the country's religious has been awarded the European Union's top human rights award.

This is the second point that we have to watch -- that, quite simply, a racist government is in office in Italy

On July 2, 2003, one day after taking over the rotating presidency of the EU Council of Ministers, Prime Minister Silvio Berlusconi of Italy was heavily criticised by MEP Martin Schulz because of Berlusconi's domestic policy. Berlusconi replied:

FULL ARTICLE AT WIKIPEDIA.ORG
This article is licensed under the GNU Free Documentation License.
It uses material from the Wikipedia article "Martin Schulz."
Back to Article
/