New Year's calls for resolutions and presumably some optimism about the future. However, more somber questions loom over American society. Who can you trust today? And how serious is this trust deficit?

Trust requires respect for the truth. But the commander-in-chief is the falsifier-in-chief. The Washington Post fact checker so far has identified over 15,000 times that President Donald Trump has lied, made purposeful misstatements and ignored or distorted truth and fact. What signal does that send to the public about trust?

In early 1964, before the Gulf of Tonkin incident trapped America in an unwinnable war in Vietnam, these questions were easily answerable. More than three-quarters of Americans trusted government to "do the right thing." Five and a half decades later, that figure is reversed. Fewer than a fifth of the public "trusts" the federal government. And distrust is contagious.

Decades after Vietnam, two seemingly endless wars persist in Afghanistan and Iraq. The Washington Post printed a series of articles showing, as the Pentagon Papers did over Vietnam, that Americans collectively were continuously misled over the progress of the Afghan war by three administrations. The military has been one of the few sectors of American society held in high public esteem. Will the Afghan revelations change any one's minds regarding public trust of the military?

The president was impeached along partisan lines. Republicans and Democrats refuse to trust each other, remaining irreversibly divided over what the president did or did not do and whether this was indeed impeachable. Public opinion reflects this divide reinforcing the question of whom to trust.

Both Sens. Mitch McConnell and Lindsey Graham have declared impeachment a hoax and charade and promised to vote against it. But as jurors in a Senate trial, if it occurs, how then can McConnell and Graham take a sworn oath to be "impartial?" If that oath is taken when clearly senators are not impartial, is that perjury? Or is it a cynical acceptance of today's highly charged partisan and distrustful politics?

Across the nation, the trust deficit looms as a Damoclean sword. Boeing, once the gold standard in manufacturing the world's premier aircraft, cannot get the 737 Max-X into the air at least through 2020 for safety reasons. Its Starliner rocket failed in its first launch. And Boeing is merely one of many institutions creating this trust deficit.

Wells Fargo, a bank that helped win the West in the late 1800s is wrought with allegations of wrongdoing. Opioid manufacturers are accused of addicting millions to painkillers in pursuit of profits. The Catholic Church has yet to come to grips with sexual abuse by its clergy and even the Boy Scouts have been challenged on ethical grounds.

College admissions procedures are not sacrosanct either. The trials of celebrities who spent masses of money to matriculate children to the country's top universities challenge the integrity of the admissions system. So whom can be trusted?

Exploiting this distrust is Vladimir Putin. Some White House aides believe Putin convinced the president that Ukraine was responsible for interfering in U.S. elections on the side of Hillary Clinton in 2016. Hence, Trump's obsession with blaming Ukraine for this electoral intervention becomes clearer despite the preponderance of the countervailing evidence.

This distrust raises the question of whether Putin also had a hand in persuading President-elect Trump whom to choose as secretary of state. Rex Tillerson was seen as pro-Russian because of Mobil-Exxon's extensive business dealings with Russia by Putin while Mitt Romney in 2012 labeled Russia as America's number one adversary. Regardless, distrust is being exploited by Russia not only here but in Europe where "active measures" are sowing dissent to weaken the Western alliance and doing so with some success.

At a less polarized time in America, one was entitled to an opinion but never to one's own facts. That condition no longer exists. The lessons of Animal Farm and 1984 persist: Right is wrong, and white is black so long as I say it is.

What then does the nation do in an era of distrust and a swelling trust deficit? For all the issues and challenges facing the United States, the "trust deficit" may prove to be among the most pernicious. Yet, so far, not one of the presidential aspirants has made this a central issue in the campaign.

When truth is the first casualty, the only recourse may be engraved on our coins: In God We Trust. But will this be sufficient to overcome this deficit?

Harlan Ullman is UPI's Arnaud de Borchgrave Distinguished columnist and a senior adviser at the Atlantic Council. He has served as a professor of military strategy at the National War College and the Naval War College. His latest book is "Anatomy of Failure: Why America Has Lost Every War It Starts." Follow him @harlankullman.

Voices // 1 hour ago
Global web of patent laws protect Big Pharma, keep drug prices high
Jan. 28 (UPI) -- The high price of insulin, which has reached as much as $450 per month, has raised outrage across the country. 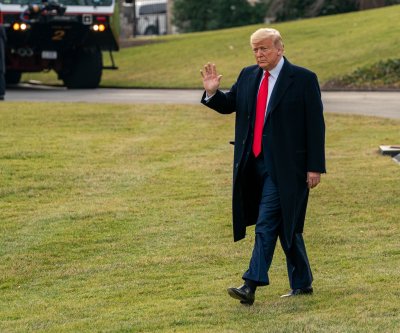 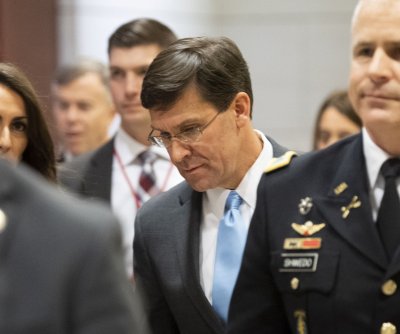 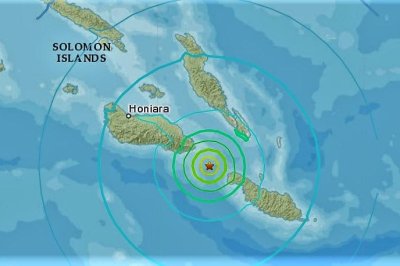