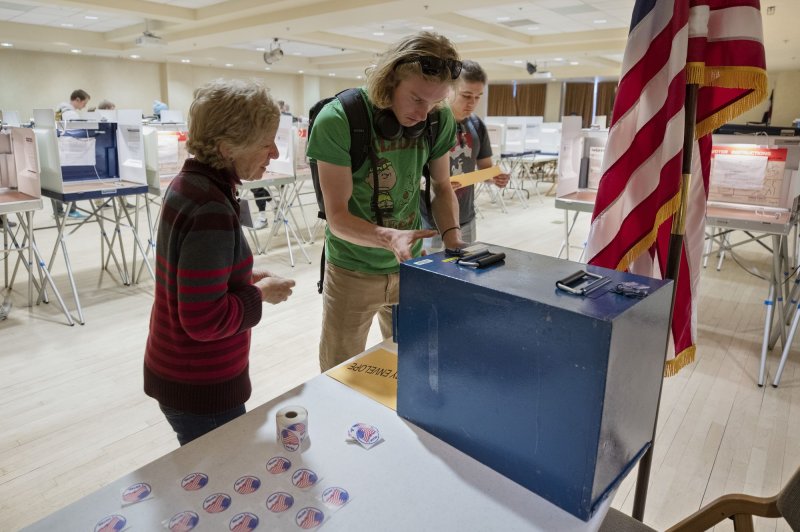 In Wisconsin's Republican gubernatorial primary, construction executive Tim Michels had received Trump's endorsement, and was projected to win his party's nomination with 47% of the vote early Wednesday, narrowly besting former Lt. Gov. Rebecca Kleefisch who netted 42% of the ballots, according to The Washington Post and NBC News.

Kleefisch had secured endorsements from Pence and GOP Sen. Ted Cruz of Texas, and despite having received the backing of the GOP establishment, she has been more outspoken about claims of fraud surrounding the 2020 election. She falsely claims the vote in Wisconsin was "rigged" -- while Michels has encouraged the Republican Party to move on from those claims.

Michels claimed victory early Wednesday with a tweet that states "Tonight, we celebrate, but tomorrow we work."

The projected win will see Michels go up against incumbent Gov. Tony Evers in November who was uncontested in the Democratic primary.

Tuesday also saw a three-way GOP race to determine who will go on to challenge Democratic Attorney General Josh Kahul, who has come out in opposition to the state's 1849 abortion ban following the Supreme Court's decision in June to overturn Roe vs. Wade.

Early Wednesday, Fon du Lac County District Attorney Eric Toney led by a matter of a few thousands vote over former state assembly member Adam Jarchow, both of who pledged to enforce the ban if elected.

"We came up just short," Jarchow said in a statement, calling on his supporters to unit behind Toney to "ensure he has the resources and support needed to fire Josh Kaul."

"Eric Toney has my full support."

Meanwhile, attorney Karen Mueller -- who focused her campaign on pledging to investigate doctors who refused to administer anti-parasitic drug ivermectin to treat COVID-19 patients -- finished third with 25.4% of the vote.

Voters in Minnesota simultaneously cast ballots in a special election Tuesday to decide who will finish out the term of Republican Rep. Jim Hagedorn, who died of cancer in February, and who will be on the ballot for November's general election.

Republican state Rep. Brad Finstad garnered 76% of the vote to move onto the November election, while Democrat Jeff Ettinger, the former chief executive of Hormel Foods, also advanced with 92.1% of the vote.

Former state Sen. Scott Jensen emerged victorious winning 89.3% of the vote in the Republican gubernatorial primary to select a candidate to oppose Democratic incumbent Gov. Tim Walz, who breezed to a victory in the Democratic primary with 96.5% of the vote.

Jensen, a physician, has spoken out against COVID-19 vaccines and other efforts to curb the spread of the virus throughout his campaign. He has also suggested he'd support prosecuting Minnesota's Democratic secretary of state over phony conspiracy claims related to the 2020 elections.

"Thank you, Connecticut!" she said in a celebratory note posted to Twitter

The former president broke with the GOP establishment in backing Levy, who he chose to be his ambassador to Chile although she was never confirmed by the Senate.

Most of the party had thrown support behind former state House minority leader Themis Klarides, who said he did not vote for Trump in 2020, and earned 40% of the vote Tuesday night.

Levy will advance to face incumbent Democratic Sen. Richard Blumenthal in November. Connecticut has not elected a Republican senator in several decades, and is not expected to in 2022.

Republican Bob Stefanowski and incumbent Democratic Gov. Ned Lamont both ran unopposed, setting up a rematch of the 2018 race in which Lamont defeated Stefanowski.

Becca Balint, president pro tempore of the Vermont Senate, was projected to win the Democratic nod to fill the seat left open by Democratic Rep. Peter Welch, with 60.4% of the vote, and if elected would become the first woman to represent the state in Congress.

A total of four women ran to replace Welch, including Democratic Lt. Gov. Molly Gray and accountant Ericka Redic, and former GOP congressional nominee Anya Tynio on the Republican side.

Redic and Tynio, however, were defeated by Liam Madden, who claimed 41.3% of the vote.

Welch pulled off a runaway victory in his bid to take over the seat vacated by retiring Sen. Pat Leahy, winning 87.3% of the vote and defeating physician Niki Thran ad activist Isaac Evans-Frantz.

U.S. News // 3 hours ago
National Archives tells House Oversight Committee it is still missing records from Trump officials
Oct. 1 (UPI) -- The National Archives and Records Administration penned a letter to the House Oversight Committee on Friday revealing that it has not received certain records from the administration of former President Donald Trump.

U.S. News // 6 hours ago
3-year-old killed during road rage incident in Chicago
Oct. 1 (UPI) -- A 3-year-old boy was shot and killed while in a car with his mother on the Southwest side of Chicago.

U.S. News // 14 hours ago
At least 35 killed by Hurricane Ian in Lee County, Fla., sheriff says
Oct. 1 (UPI) -- At least 35 people were killed in the Florida county that absorbed the most direct hit from Hurricane Ian earlier this week, the area's sheriff said Saturday.

U.S. News // 10 hours ago
Forecasters monitoring what's next in the Atlantic in wake of Ian
As Ian unravels across the mid-Atlantic states, meteorologists are monitoring the Atlantic basin where new tropical storm development may soon happen.