Jan. 20 (UPI) -- As one of his first acts as president, Joe Biden on Wednesday signed a flurry of executive orders that will set the tone for his new administration -- including some that aim to immediately reverse policies by President Donald Trump.

He signed the 17 orders before a pool of reporters in the Oval Office.

"This is going to be the first of many engagements we're going to have in here," Biden said. "I thought with the state of the nation today, there's no time to waste. Get to work immediately."

Among the orders was one mandating that the United States rejoin the Paris Agreement on climate change.

The 195-nation pact sets out stringent goals for countries to reduce their carbon footprints over the next few decades.

Trump announced the U.S. departure from the pact in 2017. The process to rejoin will take 30 days.

Regarding the COVID-19 pandemic, Biden halted the United States' withdrawal from the World Health Organization.

He also signed an order requiring face coverings to be worn inside all federal buildings in the country for the first 100 days of his presidency -- a so-called "masking challenge." Masks and distancing will be required in federal buildings and state and local governments will be asked to do the same.

He also expected to create an executive-level position for a COVID-19 response coordinator to manage vaccine efforts and medical equipment.

The actions also include plans to stimulate the economy, including extending a national moratorium on evictions and foreclosures, until at least March 31, and extending the freeze on student loan payments and interest until October.

Biden canceled the Keystone XL pipeline and ordered agencies to review and reverse more than 100 other Trump actions related to the environment.

Wednesday's orders also reverse several policies on immigration, including an expansion under Trump of immigration enforcement in the United States and halting construction of the wall along the Mexico border by terminating the national emergency declaration that was used to help pay for it.

Jake Sullivan, Biden's incoming national security adviser, said the so-called "Muslim ban" was "rooted in xenophobia" and is inconsistent with U.S. history of diversity and immigration.

Biden signed action to cement the Obama-era Deferred Action for Childhood Arrivals program after Trump tried for years to end it. The program aims to shield undocumented migrants who were brought to the United States as children.

He also moved to reverse efforts to ban non-citizens from participating in the U.S. Census and apportionment of congressional representatives.

Biden rescinded the previous administration's 1776 Commission on "patriotic education," which followed Trump's move in September to direct federal agencies to stop all contracts and anti-racism training on "White privilege" and "critical race theory." The commission's page on the White House website was immediately removed after the inauguration.

He also signed an equity order to prevent workplace discrimination on the basis of sexual orientation or gender identity.

Earlier Wednesday at the U.S. Capitol, Biden signed the Inauguration Day Proclamation and two documents making his nominations to the Cabinet and sub-Cabinet official. 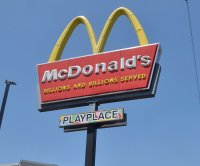