He said the checkpoints will be set up at major bridge and tunnel entries into the city beginning Thursday. Travelers arriving at airports and train stations from the restricted areas must also fill out forms.

New York Gov. Andrew Cuomo in June announced a 14-day quarantine for travelers arriving in the state from 34 states and Puerto Rico, where coronavirus cases have been on the increase in recent weeks. De Blasio said that while it's difficult to catch everyone arriving in New York City from these locations, the checkpoints will help shore up efforts.

"The checkpoints are going to send a very powerful message that this quarantine is serious," he said. "Even if we can't reach every single person I think it'll get the message across.

"We don't want to penalize people. We want to educate them, make sure they're following the rules."

De Blasio said the checkpoints will vary daily, but one will be at Penn Station and another at Port Authority. He said the city plans to place checkpoints in locations where they won't create major traffic problems.

Travelers stopped at a checkpoint must fill out a form; if they fail to submit it, they face a mandatory quarantine and a $2,000 fine.

New York City's announcement comes one day after new cases of COVID-19 in the United States increased to nearly 60,000 after two straight days under 50,000.

Updated figures Wednesday from researchers at Johns Hopkins University showed 57,500 cases added for Tuesday. That figure was 47,500 on Sunday and 45,400 Monday, and marked the first two-day national streak under 50,000 in more than a month.

The new data showed that 4.79 million cases have been diagnosed in the United States since the start of the pandemic. There have been about 157,300 deaths.

According to the COVID Tracking Project, nearly 1,200 died Tuesday -- more than double the average deaths during the previous two days (517).

An internal assessment by the Federal Emergency Management Agency has shown a 24% increase in coronavirus-related deaths over the past week, ABC News reported. New cases, however, fell 8.8% during the same period.

In the central San Joaquin Valley, officials said more deaths in July were attributed to COVID-19 than all but two of any other leading cause of death.

More than 200 died across Fresno, Kings, Madera, Mariposa, Merced and Tulare counties last month, more than the average number of deaths from all but heart disease and cancer seen during the previous three Julys.

In Florida, nurses gathered outside the James A. Haley Veteran's Hospital in Tampa early Wednesday as part of a nationwide protest against what they call unsafe working conditions during the pandemic.

"We haven't had the optimal staffing that's required to take care of these patients properly," nurse Judy Preuss told WFLA-TV.

National Nurses United, the largest nurses union, said it's staging 200 actions at hospital facilities in at least 16 states and the District of Columbia on Wednesday, demanding that "elected leaders, government, and hospital employers take immediate action to save lives."

"These recent COVID surges and uncontrolled infections and deaths, the failure of employers to protect our nurses and other workers, the outrageously high rates of unemployment and hunger, the totalitarian crackdown on protesters -- every crisis we are seeing now can be traced back to our failure to value human lives over profit," NNU Executive Director Bonnie Castillo said in a statement.

The nurses are demanding the U.S. Senate pass the $3 trillion HEROES Act, which would invoke the Defense Production Act to mandate production of personal protective equipment for front-line health workers.

In Georgia, a second-grader tested positive for COVID-19 after attending the first day of school this week, school officials told parents.

The case was identified following the first day of school Monday at Sixes Elementary in Canton, Ga., where a 14-day quarantine was ordered for the child's teacher and 20 classmates.

"The teacher, who is symptom-free, will teach the class online from home through our Canvas learning management system. The classroom will be deep-cleaned today," the Cherokee County School District said in a statement. 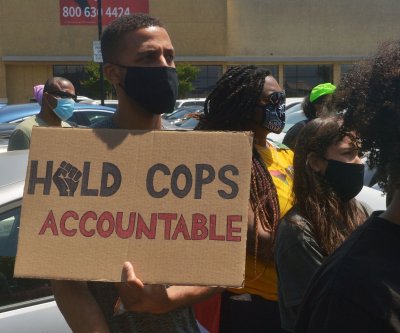 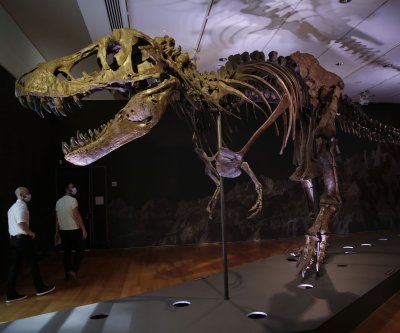 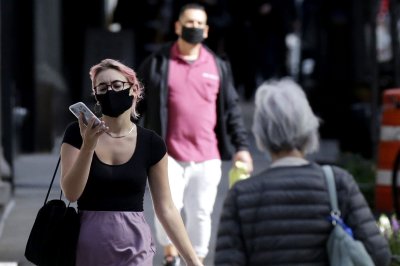